In Memory of
Mary Elizabeth Owens
Clark
1936 -
2021
Click above to light a memorial candle.
Menu
Send Flowers
Plant a Tree In Memory of Your Loved One
Click Here 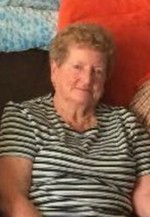