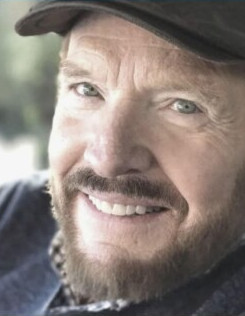 Dr. Marshall E. Foster, founder of The Mayflower Institute and The World History Institute, moar beloved husband, father, friend, author and educator died July 22, 2022 after being hospitalized due to complications from pancreatic cancer.  Dr. Foster is survived by his life long love, Trish (Quigley); their son Darin Foster, and his wife Jennifer; and their daughter Dana Lynne Vrechek, and her husband Daniel.  Marshall is also survived by seven grandchildren.  He will be deeply missed.

Marshall was born in a Southern California Hospital. His young unwed birth mother flew out to Santa Ana from Alabama. In the hospital on the back of his birth certificate she wrote, “Please raise my son a protestant Christian.” Through God’s mercy and grace, Marshall’s loving adoptive parents, Hugh Foster and Mary (Arnett) Foster faithfully upheld this wish.

Marshall was led to Christ through Young Life in high school, and later found a deeper understanding of this faith through his service with Campus Crusade for Christ.   There he met his wife, Trish, and they married in May of 1969.  Later, as the chaplain of the L.A. Rams, Marshall began a large Bible study that would lead to a lifetime of ministry.

In 1976, Dr. Marshall Foster and his wife Trish founded the The Mayflower Institute, a nonprofit educational foundation, to teach the biblical and historical foundations of liberty. The World History Institute (formerly the Mayflower Institute) has become a major force in the movement to restore faith in the public square.  His legacy continues through those he taught and loved.

Dr. Foster was a story-teller in the best sense of the word.  He studied the paths of liberty from Moses to the Magna Carta to the Declaration and beyond.  He admired the men and women who were willing to lay their lives down “as stepping stones” for a greater purpose in the furtherance of the Gospel.  His stories of Alfred the Great, Columba of Scotland, the Signers of the Declaration, the Scottish Covenanters, William Wilberforce and Patrick of Ireland, were shared far and wide.  His deep love for America’s founding period and “heroes of the faith” inspired him to travel and teach with others who shared the same passion.  He wanted everyone to know that God could use us right where we are, just as He has always done, to move forward the great chain of liberty.  History proves God’s providence and grace and Marshall found a way to connect stories of old to the modern world.   He wanted to impart a true confidence in the faithfulness of God, His victory and His mighty plan through the ages in order to inspire an optimism for the future, in the midst of our current uncertainty.

A joyful minister of the Gospel, Marshall  has trained tens of thousands through live seminars in 40 states, Canada, and Europe. He has been the co-host of a weekly syndicated radio broadcast entitled "The Story of Liberty" which has reached hundreds of thousands of Americans.  Dr. Foster spoke as a keynote speaker at numerous conventions, schools, churches, retreats and political and business groups.  He has been a keynote speaker for Promise Keepers, Coral Ridge Ministries, Vision Forum Ministries, Reclaiming America, Christian Coalition, ACSI Christian School Conventions, Worldview Weekends and many more. He has trained the national staff of Campus Crusade for Christ, the Christian Broadcasting Network, the National Day of Prayer, James Robison Ministries, and over 100,000 business associates of Amway Corporation and Boeing Aircraft, among many others.

The World History Institute has produced educational seminars including a 12 part series, Terror to Triumph, and Hope For Our Time.

Since 1988, Marshall has enjoyed leading tours of America’s historic East Coast with American Christian Tours. As the Director of Christian Education with ACTS,  he trained tour guides to lead over 10,000 students and families each year on the trip of a lifetime. Some of his greatest memories were captured during this time with other families and teachers on these tours.

Marshall, in collaboration with actor Kirk Cameron, was co-producer for the film, Monumental: In Search of America’s National Treasure.  The basis of the film revolves around the National Monument to the Forefathers in Plymouth. The film traces the heroic and harrowing travels of the early Pilgrims and encounters the unlikely men and women who risked everything for liberty.

Marshall was the co-producer of Kirk Cameron's film Unstoppable in 2013, and worked with Cameron to produce the American Campfire Revival training video series in 2021.

Dr. Foster’s book, "The American Covenant, the Untold Story", has been used as a training tool in Bible studies, classrooms, and study groups nationwide.

Marshall is a 1967 graduate of the University of California at Santa Barbara. His graduate studies were accomplished at Talbot Theological Seminary, Christian Associates Seminary, with doctoral studies completed at the California Graduate School of Theology and Cathedral Bible College. He was ordained in 1973 and earned a Doctorate of Divinity degree from Cathedral Bible College.

To order memorial trees or send flowers to the family in memory of Marshall Foster, please visit our flower store.