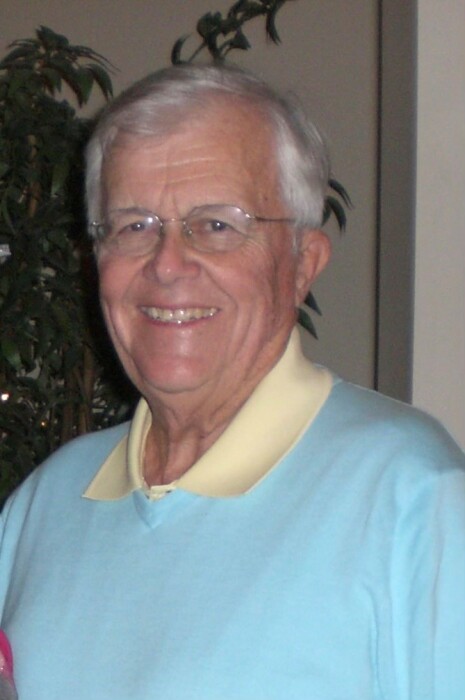 Thomas Robert Jewell, age 91of Franklin, TN, passed away on Wednesday, February 9, 2022.  The oldest child of Robert Perry and Nina Mae Jewell, he was born in Waterloo, Iowa.  He is survived by his loving wife of 65 years, Lavon Jewell, and his daughters Sherri (Charlie) Borowski, Debbie (Eddie) Blackshear, Sue Jewell, and his brother Fred Jewell.  He is preceded in death by his parents Robert and Nina Jewell, his father and mother in-law Aaron and Mary Goff, his brother, Bob Jewell, and his sister-in-law, Louise Baker.  He attended the University of Missouri and served in the U.S. Air Force.

Tom was an avid sports fan, and had a passion for golf.  After a 35-year career with JCPenney, Tom served as the Tournament Director for the JCPenney Golf Classic in Clearwater, FL for 8 years.  Throughout his life, he played well over 2,000 rounds of golf, and had the privilege of playing with numerous golfing professionals, sports figures, celebrities, meeting James Cash Penney, and shaking hands with 5 U.S. Presidents.  In 2000, Tom published a book entitled Having a Ball with Golf, which captured his life stories and life lessons on the golf course: “Golf is the closest game to the game we call life.  You get good breaks from bad shots, and bad breaks from good shots, but you have to play the ball where it lies.”

Tom was a loving husband, father and grandfather to his five grandchildren: Marci, Jami, Kelli, Kye and Evan.  He was a man of faith, a devout pen pal, the ultimate time manager, an encourager, a man with a quick thank you, and who had a smile that lit up the room.  Just like he dealt with all experiences in life, Tom managed his illness with strength and grace.  On his final day, he was surrounded in love and prayer by Lavon and their daughters.

A funeral service will be held at the Concord Road Church of Christ on Saturday, February 19, 2022.  Dan Chambers will officiate.

In lieu of flowers, the family asks that a memorial gift/donation be made to the Church of Christ Disaster Relief Effort at

Please click here to view the video tribute
To order memorial trees or send flowers to the family in memory of Thomas Jewell, please visit our flower store.