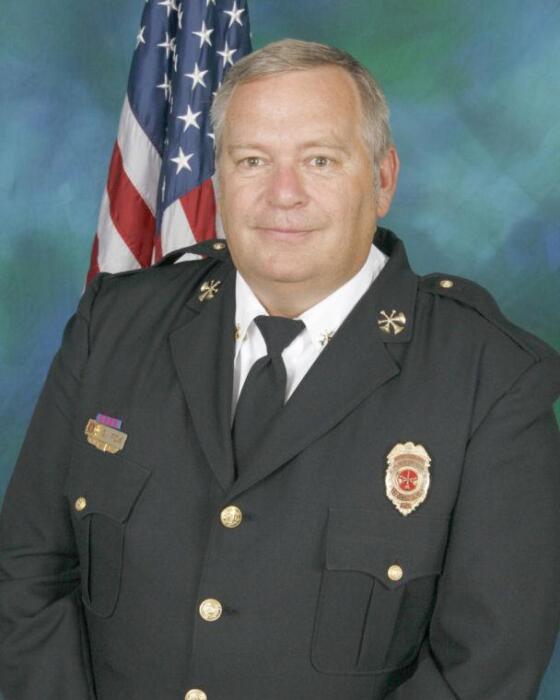 Andrew Gentry Fox, age 70 of Smyrna, TN passed away November 15, 2021.  Gentry was born and raised in Franklin, TN.  He began his firefighting career as a volunteer with the Williamson County Rescue in 1968 before graduating from Franklin High School, Class of 1970.  While the Franklin Fire Department is now an all-career department, it used to be a combination paid and volunteer department and Fox started volunteering for Franklin in 1974 which he served nearly 40 years.  Fox said at one time there was a siren on top of the old Franklin High School gym near H.G. Hills on Columbia Avenue that would sound when there was a fire and WAGG radio (now WAKM) would broadcast the fire’s location.  He was hired full time by the late Fire Chief J.W. Culberson in 1984.  He has served as Firefighter, Engineer and Lieutenant then was promoted to Deputy Chief in administration in 1995.  He returned to shift in his present position as battalion chief in 2002, where he supervised the A-shift battalion and was the commander during major incidents, directing on-scene operations.  Fox is also an EMT-IV.  In 2000 he returned to Volunteer State Community College and obtained an A.S. in Fire Science Technology.  Fox worked as a part-time instructor at the Tennessee Fire Serve and Code Enforcement Academy, something he had done for nearly 20 years.  He is known and respected by firefighters statewide as an experienced and skilled leader and instructor. Preceded in death by: father Malcolm Rye Fox and mother Jennie Peach Fox.  Survived by:  wife of 25 years, Annie Wells Fox; daughters, Rebecca Fox (Michael) Granstaff and Cheryl (Tim) Fox ; bonus children, Tyrone (Sheri) Rhoden, Rhonda Rhoden (Joel) Poole, Victoria Rhoden (Barry) Steelman, Tracey Rhoden (Doug) Inmon, Jamie Fults (Jaime) Casper, Darrell (Ashley) Fults and Devin (Laura) Fults; brother, Anthony, Sr. (Roberta) Fox; sister, Lynda Fox Wiseman; thirty two grandchildren and eighteen great grandchildren.  Funeral services will be conducted 1:00 PM Monday, November 22, 2021 at Williamson Memorial Funeral Home, Rev. Vona Wilson and Ret. Fire Chief Jamie Steele will officiate.  Interment Williamson Memorial Gardens.  Active pallbearers will be Fighter Friends, David Currie, Tim Hood, Terry Hood, Greg Baltimore, Glenn Johnson, Rodney Ballington, Clay Mackey and Jamie Steele.  Honorary pallbearers will be City of Franklin Fire Department and Williamson County Rescue Squad.  Memorials may be made to The Salvation Army or Williamson County Rescue Squad.  Visitation will be 2-6PM Sunday and one hour prior to the service on Monday at WILLIAMSON MEMORIAL FUNERAL HOME, 615 794-2289 williamsonmemorial.com

The service can be viewed at the link below.

To order memorial trees or send flowers to the family in memory of Andrew Fox, please visit our flower store.