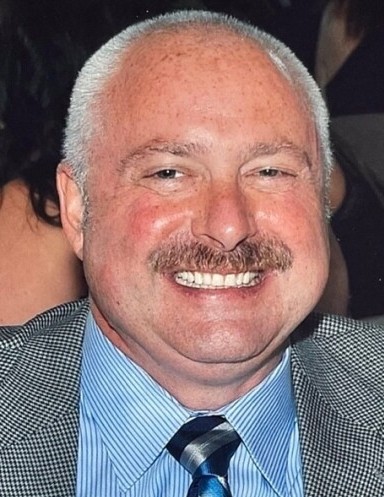 Barry L. Cramer Jr. passed away peacefully on March 8, 2022, at the age of 56, following a 5-year battle with cancer. Mr. Cramer was a resident of Franklin, TN where he was a member of Saint Philip Catholic Church. Surviving is his loving family, including his wife of 29 years, Anna Marie Cramer (Lyczkowski); son, Nicholas Joseph Cramer; daughter, Sarah Elizabeth Cramer; mother, Linda S. Goff; brother, James H. Cramer; and many nieces, nephews, and cousins. He was preceded in death by his father, Barry L. Cramer Sr. and his stepfather, Michael Goff.

Barry was born in Fort Campbell, Kentucky on August 29, 1965. He graduated from Jo Byrns High School located in Robertson County, Tennessee in 1984, and from Middle Tennessee State University in 1990 with a BBA in Marketing. Barry started his career in radio broadcasting in Nashville, TN, and later became nationally known for having owned and operated multiple outdoor advertising businesses. He was an active member of the Independent Billboard Operators (IBOUSA), a trade association representing all independent billboard operators in America.

Barry was a devoted husband and father. He valued spending time with his children who were the most important part of his life. He pursued his love of fishing by traveling the world far and wide. His other passions included restoring classic cars, racing track cars, coaching youth sports, and playing his guitars.

Barry will be missed by many, and he will be remembered for his love for life, family and friends, contagious smile, sense of humor, and, of course, his legendary mustache.

To order memorial trees or send flowers to the family in memory of Barry Cramer Jr., please visit our flower store.