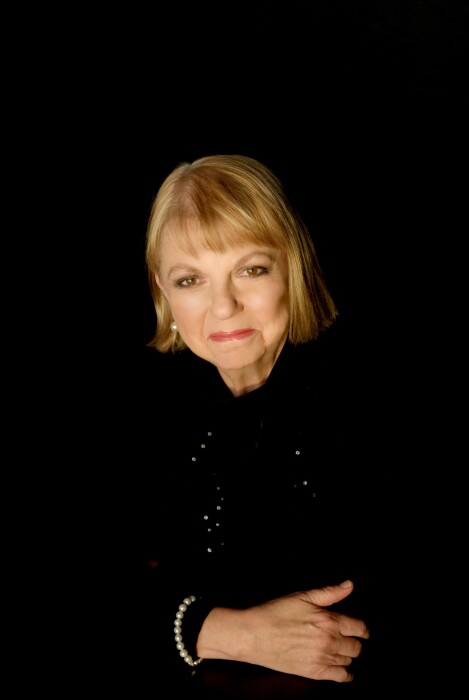 Bobbe “Beegie” Long Adair, age 84, passed away January 23, 2022, at her home in Franklin, TN. “Beegie” grew up in Cave City, Kentucky, where she began taking piano lessons at age five. She continued to study piano throughout college, earning a B.S. in Music Education at Western Kentucky University in Bowling Green, Kentucky. During and after college, she played in jazz bands and spent three years teaching music to children before moving to Nashville, where she became a session musician, working on The Johnny Cash television show, the Ralph Emery Show and the WSM Noon Show broadcast in Nashville. During her 65-year career, she was a sought-after studio musician, and contributed to the recordings of such legendary performers as Dolly Parton, Vince Gill, Clifton Davis, Henry Mancini, Delbert McClinton, Joe Williams, Chet Atkins, Lucille Ball, Steve Allen, Dinah Shore, Mandy Barnett, Ray Stevens, Boots Randolph, Hank Garland, Mama Cass Elliott, Peggy Lee and many others. She and her husband, Billy Adair, also started a jingle company to write music for commercials. In 1982, she and saxophonist Denis Solee formed the Adair-Solee Quartet, which evolved into the Be-Bop Co-Op, a jazz sextet. She made her first album under her own name, “Escape to New York,” with a rhythm section consisting of Bob Cranshaw and Gregory Hutchinson. Ms. Adair appeared on well over 100 albums, with more than 35 studio albums recorded with her trio mates, bassist Roger Spencer and drummer Chris Brown, over the last 25 years.  The repertoire ranged from Cole Porter standards to Frank Sinatra classics to romantic World War II ballads. Her 6-CD Centennial Composers Collection of tunes by Rodgers, Gershwin, Kern, Ellington, Carmichael and Berlin became an instant collectible classic upon its release.  Her first live album, “The Real Thing,” spent over 12 weeks in the Top 20 on the JazzWeek charts and was named one of the “Top 100 Best Jazz Albums” of 2012. With over 2 million albums sold to date, the Beegie Adair Trio is widely recognized as one of the most successful, respected working jazz acts in the world. In the late 80s, Beegie hosted Improvised Thoughts, a popular radio talk/music show for NPR, featuring local and international jazz artists including such greats as Tony Bennett, Joe Williams, Marian McPartland, Benny Golson and Helen Merrill. She guested on McPartland’s internationally-known Piano Jazz show twice and performed with Nat Adderley, Bill Watrous, Lew Tabackin, Terry Clarke, Urbie Green and Jim Ferguson among many others. In 2002, Beegie joined one of the most exclusive rosters in the world when she became a Steinway Artist, an honor only bestowed upon 1,600 pianists including Lang Lang, Diana Krall, Harry Connick, Jr., Michael Legrand, Billy Joel and the "immortals" like Irving Berlin, Cole Porter, Sergei Rachmaninoff, and Arthur Rubinstein. Ms. Adair received many accolades over the course of her career, including being honored as an international “Jazz Hero” by Jazz Journalist Association, induction into the Western Kentucky University Hall of Fame; the Cave City, KY Hall of Fame; and was the inaugural Heritage Award recipient from the Nashville Jazz Workshop. In 2012, she was appointed a Kentucky Colonel by KY Gov. Steve Beshear.  Additionally, her hometown named the Beegie Adair Community Center in her honor for her many contributions to music, education and her hometown community. The Beegie Adair Trio performed in jazz clubs and at festivals around the world, and in 2010, the Trio was the top selling jazz act in Japan. Since 2011, Beegie delighted her fans in New York, with annual appearances at the legendary Birdland Jazz Club, with her trio and vocalist Monica Ramey and, in 2016, added Feinstein’s/54 Below with Monica Ramey to her resume.  In January 2017, the Trio sold out their debut at London’s famous Pizza Express jazz club and returned for two nights in 2018. Her solo concerts at Steinway & Sons galleries across the United States sold out within days and attracted fans from all around the world.  The Beegie Adair Trio sold out their Carnegie Hall debut performance on October 7th, 2016, the first appearance by a Nashville-based jazz trio in Carnegie Hall’s history.  They returned to Carnegie in October 2017 for a second sold-out appearance and appeared annually, thereafter. She and her Trio held a residency at the Nashville Jazz Workshop, where she was also a Board Member Emeritus. Preceded in death by her parents, Bobbe Martin and Arthur Gorin Long and her husband of 38 years, William “Billy” Adair, Jr. Beegie is survived by her dear friend, colleague and business partner, Monica Ramey; brother-in-law, Tommy (Kimberly) Adair; her NJW family, and legions of musical collaborators, friends and fans from around the world. A Celebration of Life will be conducted at a later date. Inurnment will be in Williamson Memorial Gardens. Memorials may be made to Nashville Jazz Workshop, www.nashvillejazz.org ; Billy Adair Scholarship Fund Vanderbilt University, www.giving.vanderbilt.edu ; Williamson County Animal Center, www.adoptwcac.org ; or St. Joseph Indian School, www.give.stjo.org . WILLIAMSON MEMORIAL FUNERAL HOME, 615-794-2289 www.williamsonmemorial.com

To order memorial trees or send flowers to the family in memory of Bobbe "Beegie" Long Adair, please visit our flower store.