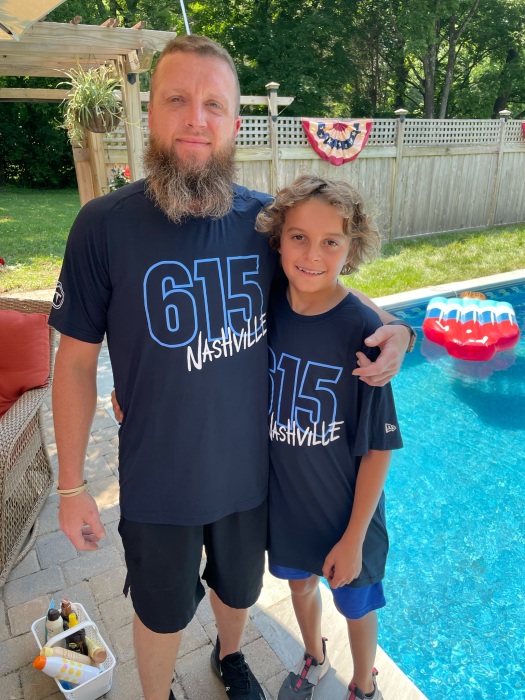 Bradley Taylor Lipsey of Franklin, TN passed away on August 10, 2022.  Born September 30, 1983 in Henderson, KY, Taylor was a natural friend who found a common interest with everyone he met.  He had an infectious laugh, huge heart, and was eager and willing to put the needs of others before his.

In his younger years, he developed a competitive spirit.  He played all sports offered at school, ultimately finding the most success in soccer, which he played at a high level across the Blue Grass State.  When school and soccer were not in season, he spent summers in Florida with his mom and brother. Occasionally Dad would join us as well, if Mom wrecked the car. He chased fish with his Dad and brother. Taylor would also travel with his grandparents and cousins, to any venue or attraction that could handle a large, rambunctious group of children.  One of his favorite summer activities, was playing card games with his grandmother "Nana".  As with all grandchildren, Taylor was taught GO Fish, Gin Rummy, and the other card games you must know to survive in the South.

Later, Taylor combined his competitive drive and love of card games, by entering a poker tournament.  As it turned out, Taylor was good. Very good.   He played in poker tournaments around the country, and even "made it to the final table" in multiple World Series of Poker tournaments, which meant he had made it to the last table and was guaranteed to finish in at least 8th place, and a much larger purse, of course.  It also meant that he had outlasted hundreds, sometimes thousands, of other players to become one of the last players standing.

His drive or will to go on was not only present in poker, but in his relationships as well. Taylor had many wonderful qualities, but none better than his unwavering loyalty.  If you were kind to Taylor, he would never turn his back on you. There is no greater example of all Taylor's best attributes, than his son, Eli, whom Taylor loved most of all.

Taylor loved his family but in turn was loved by so many more. To know Taylor is to be blessed by his energy, passion for life, humor, laughter, and ready smile. Whether in sports, hunting, work, or any circumstance Taylor's presence made it better and his value of friendship made people remember him as a genuinely good man.

To order memorial trees or send flowers to the family in memory of Bradley Lipsey, please visit our flower store.