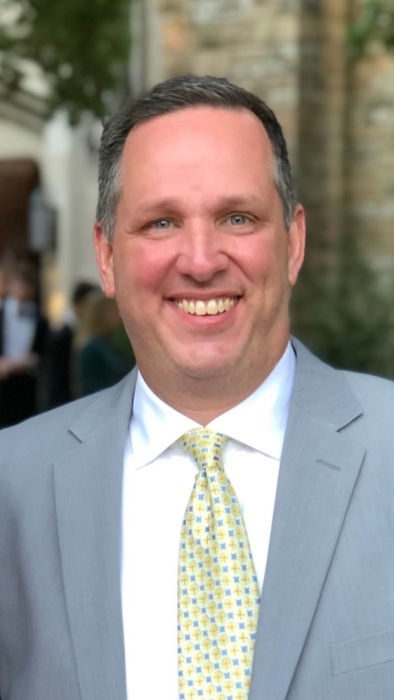 Brady Matthew Gardner, Age 52, passed away peacefully on June 5, 2022, surrounded by his wife and children.

Brady was born on November 23, 1969, in Logansport, Indiana to Larry and Rebecca Gardner. Brady and his family relocated to Nashville in 1974. Brady and Cathy met as neighbors in 5th grade and reconnected after attending Hillsboro High School.  They were married on December 18, 1993, at Calvary United Methodist Church, where Brady grew up. Brady attended and graduated from Middle Tennessee State University and served in the United States Naval Reserves from 1990-1998.

Brady and Cathy started their family in 1996 and were blessed with three beautiful children, Ross, Grace and Lawson. Brady’s fierce love for Cathy and his children was the foundation he built his life upon. Brady was a devoted and loving father and never missed a game, a dance recital, or a chance to see his children shine. Brady was a lifelong Cubs fan and never missed a Preds game. Although Brady was surrounded by a family of passionate UT Vols fans, he never stopped being a loyal Vandy fan.

Brady was very successful in the banking industry for over 20 years and was committed to helping others and building genuine relationships with his customers and co-workers.  He was an avid sports fan, always with a game on or a sports stat to share. Brady was the official score keeper for Vanderbilt Men’s and Women’s Basketball, as well as for OVC, SEC and NCAA tournaments. In his free time, he enjoyed playing in church softball leagues, golfing, or playing pick-up basketball with his friends. Some of the kids cherished memories with Brady are traveling to professional baseball games, car rides back and forth to dance, and attending hockey games. Brady loved a driveway basketball game with his kids, always making sure they never won, regardless of the sore muscles that he faced the next day.

Brady was a humble, hardworking man who dedicated his life to others. He was generous, compassionate, and kind and made an impact on each and every person he met. His warm and gentle presence and his million-dollar smile will be missed most by those who loved him.

Brady Matthew Gardner is preceded in death by his parents Larry and Rebecca Gardner. He is survived by his wife of over 28 years, Catharine Reed Gardner and his children Ross Matthew (Anamilena) Gardner, Grace Catharine Gardner, Lawson Reed Gardner and many beloved family and friends.

To order memorial trees or send flowers to the family in memory of Brady Gardner, please visit our flower store.