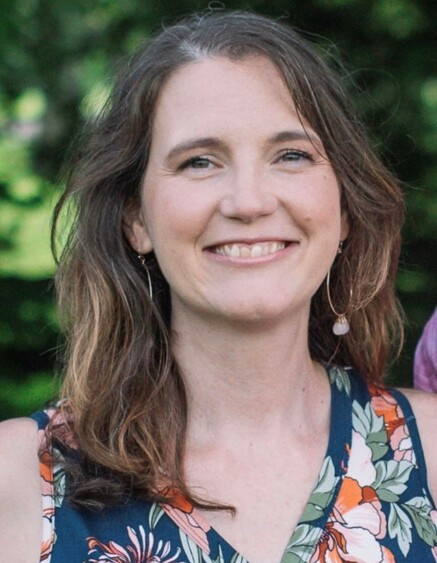 Carlee Ann Vaughn, age 45 of Brentwood, TN passed away on August 23, 2022. Her final days were spent with family and friends by her side supporting her. She was born on February 11, 1977, in Birmingham, AL but raised in Culpeper, VA by parents Tom and Martha Wiles. She later moved to Nashville to attend Belmont University in 1994 where she met her husband, Ben. They later got engaged on the University’s campus and married on May 30, 1998. She spent time with her husband by supporting his career as a longtime music executive in the Nashville area before she discovered her greatest calling in life. Carlee’s greatest calling was being a mother to her three children: Ruby Elisabeth, age 19, Griffin Charles, age 17, and Ezekiel Earl, age 12. When the children were younger, she wrote and sang each of them a lullaby, and they always assumed it was a classic children’s song. They later found out that their mom had written it for them. She loved music, spending time with her two boys, baking with her daughter, and most of all, Jesus. Through the last 15 years Carlee has lived with and fought brain cancer in which she relied on Jesus for comfort. She had a deep faith in Jesus and attended Crosspoint Church of Franklin. She always said that if her story can help point someone to the love of Jesus then it was all worth it. When talking about the challenges she faced she would say “You just do what you can do, and you love other people through all of it!” She is survived by her husband, Ben Vaughn of 24 years; children, Ruby Elisabeth, Griffin Charles, Ezekiel Earl; parents, Tom and Martha Wiles; brother and sister-in-law, Jonathan and Lindsay Wiles; nieces and nephews, Paloma Mae Wiles, Thomas Wiles, Sarah Wiles, Elijah Wiles; father and mother-in-law, Dennis and Jeanne Vaughn. She will be missed by all who knew her and loved her. In lieu of flowers gifts can be made to the Carlee Vaughn Brain Tumor Research fund in  hopes that others can be helped in their journey.  The family will gather at Forest Hills Baptist Church on Thursday evening, August 25, 2022 from 4-7pm to receive friends. A Funeral Service for family and close friends will be held on Friday, August 26, 2022 at 10am at Forest Hills Baptist Church. To make a memorial, please send a check made payable to Vanderbilt University Medical Center to:

Gifts will support the Brain Tumor Research Fund. Please include a note with the check or indicate on the memo line that the gift is made in memory of Carlee Vaughn.

Gifts can also be made online at VanderbiltHealth.org/giving. Please select the checkbox next to “Dedicate my donation in honor or in memory of someone.”

Please click here to view the video tribute
To order memorial trees or send flowers to the family in memory of Carlee Vaughn, please visit our flower store.