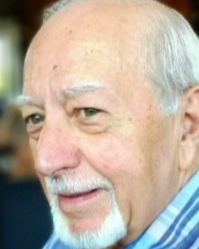 Carmine Robert “Bob” Iannacone, age 85 of Brentwood, TN, dedicated to his career and a loving father, passed away at his home on January 19, 2023, with his wife and daughters by his side.

Bob served in the United States Air Force and stationed in Texas followed by a two-year tour to Itazuki Air Base on the southern most Japanese Island of Kyushu.

He graduated from John Hopkins University with a Masters Degree and received his Bachelors in Journalism and Public Relations from the University of Maryland.

For 23 years, Bob worked as a corporate manager for Bell Systems, Dresser Industries and Textron.

Bob is most known for his alias “Papa Trains” and his love for American Flyer Trains.