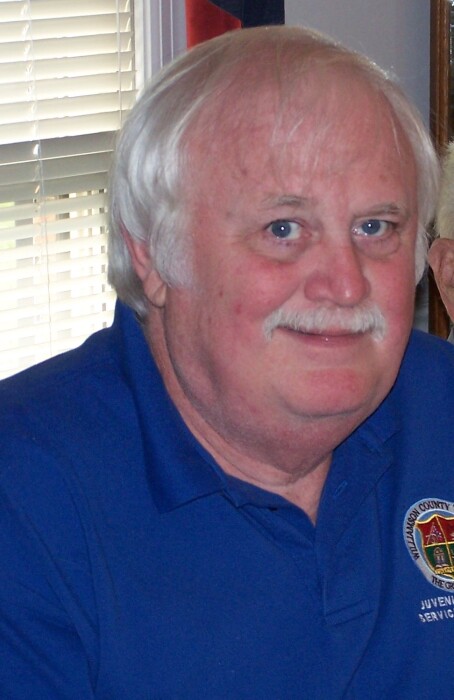 Charlie Ray Smith, age 76, died July 28, 2022.  He was the son of Nannie Lou and Richard H. Smith. He retired in 2016 from Williamson County Juvenile Services after 41 years.  He worked on the boards of several civic and professional organizations, including Crime Stoppers and Juvenile Court Workers Association.  As a member of Bethlehem United Methodist Church, he served on church committees and worked with the God and Country Award Programs.  After retiring he enjoyed his mornings at the church walking, praying, and visiting with the staff. His involvement in scouting began as a youth in Cub Scouts followed by Boy Scouts, Eagle Award, and Order of the Arrow.  He worked on staff at scout camps locally and nationally, became a professional Scout, and was a scouting advisor for court ordered and high-risk juveniles.  His honors in scouting were numerous including: the District Award of Merit, the Long Rifle Natchez Trace and Silver Beaver awards. He was truly an avid University of TN sports fan for over fifty years, especially UT football.  His favorite saying was “Go Big Orange”. He was preceded in death by parents and brother, Richard H. Smith Jr. He is survived by wife of 36 years, Frances Moran Smith; sons, Scott (Teresa) Smith of Cookeville, and Eddie Camm of White Bluff. A Celebration of Life will be held at Bethlehem United Methodist Church on August 23, 2022 at 12:30 pm with visitation preceding the service beginning at 11 am. Special recognition and appreciation to: former and present staff at Williamson Co Juvenile Services, Bethlehem UMC staff, Alive Hospice and nurse Ansley Tillman, Betsy Adgent, Donna Simmons, Raymond Wayman, Kerry Parker, Russ Parham, and G. Rockett Phillips.  Memorial donations may be made to Bethlehem United Methodist Church, 2419 Bethlehem Loop, Franklin, TN 37069. WILLIAMSON MEMORIAL FUNERAL HOME & CREMATION SERVICES. www.williamsonmemorial.com

To order memorial trees or send flowers to the family in memory of Charles Smith, please visit our flower store.