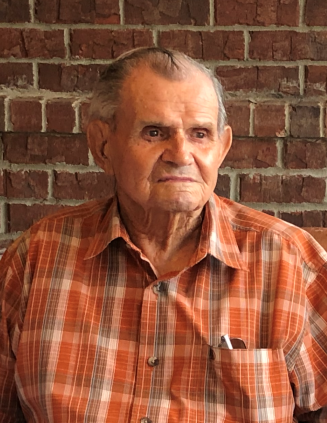 Charles Allen Walters, Sr, age 94 of Rockvale TN entered eternal life on Saturday May 21st. 2022. He was the 9th child of Charles Lee Walters and Mary Jane Debra Clough Walters. Born November 23, 1927 in Sullivan County, IN. He was proceeded in death of his loving wife Margaret Ann Hendricks of 67 years.

He is survived by his three children Linda E Robinson (James), Rockvale, TN. Judith A Cottingham (Terry), Vincennes, IN. and Charles A Walters, Jr (Cathy), Linton, IN. He had 5 grandchildren, and 14 great grandchildren.

After graduating from Union High School, Dugger, IN, 1945 at the age of 17 he enlisted in the US Navy joining his 2 older brothers George and Fred during WWII. He received an electrical certificatIfication while serving on 2 aircraft carriers - USS Coral Sea CVB 34 and USS Norton Sound under Admiral Byrd while in the Antarctic.

He worked for several companies as an electrician after his Navy honorable discharge. He retired as a Master Electrician in 1990 from the Peabody Coal company after 27 years.  After retirement he and his wife enjoyed traveling, spending time with their grandkids and were snow birds in FL. He enjoyed farming, gardening, fishing, metal detecting, taking care of his two favorite cats and played the mandolin with several friends thru the years. After the passing of his wife in 2016 he moved to TN with his oldest daughter and husband. He was a member of American Legion Post #177 and Barfield Baptist Church in Murfreesboro TN.

He lived by the gospel, with joy and generosity each day and loved reading his bible.  He was a kind, gentle and quiet man who loved the Lord. He will be greatly missed by his family and friends.

Please click here to view the video tribute
To order memorial trees or send flowers to the family in memory of Charles Walters, Sr., please visit our flower store.