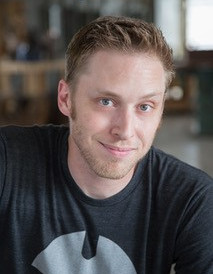 Heartbroken with sadness, we share the news of the passing of Christopher Brian Carter. A son, a brother, a fiancé and a friend, Christopher was loved by everyone he shared his life with. His friends describe him as “my favorite person”, the sweetest soul, a confidant, a rock, the best hugger, genuine, a ray of sunshine and never without a smile. He was a protector of the people he loved. Christopher was a musician and an artist, working in iron and steel, a carpenter and a Craftsman. He was fixture on the punk rock scene in Nashville. Christopher worked with his hands, loved with his heart and engaged with his mind. He was excited about his future and was making plans for the next chapter in his life. He had fallen in love with the desert and planned to move there, marry and start a family and a new business.  He dreamed of visiting Europe to expand his knowledge and love of Viking history and lore.

Christopher, age 38, was born in Riverside, CA, grew up in Jackson, TN, and lived in Nashville, TN.  He is survived by his mother Jennifer S. Smotherman, his father Chris A. Carter, his sister Amy S. Carter, and his fiancé Britt Ronstadt.  No memorial service is planned at this time.

To order memorial trees or send flowers to the family in memory of Christopher Carter, please visit our flower store.