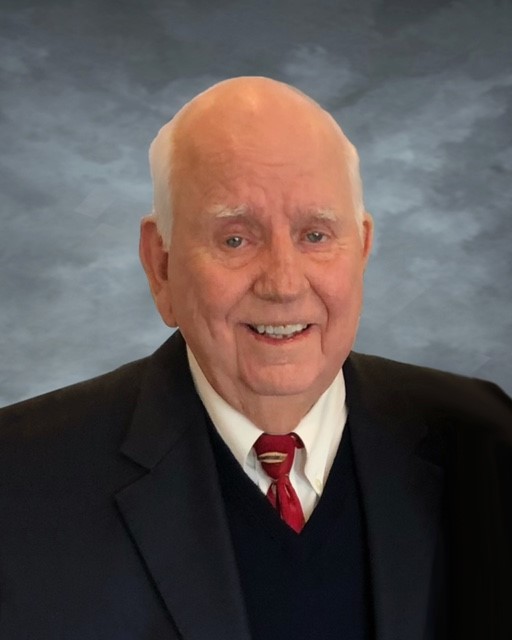 Clint Morris Reed, 81, died on July 13, 2022. He passed away at his home in Franklin, Tennessee. Clint was born in Lincoln County, Kentucky, on January 23, 1941. He was preceded in death by his parents, Virgil Atlas and Grace Manning Reed; his sisters, Jewel Reed Cooper, Ruby Reed Norris, and Rosalea Reed Boone; and his son-in-law, Brady Gardner. Clint is survived by his loving family: wife, Brenda Rummage Reed of Franklin, TN; son, Greg Reed (Lisa); daughter, Christy Leigh Reed; and daughter, Catharine Reed Gardner. Grandchildren: Logan and Matthew Reed; Reed, Cason, and Clint Blackwell; Ross (Ana), Grace, and Lawson Gardner, and numerous beloved family and friends. Clint graduated from McKinney High School, McKinney, KY in 1959, where he excelled in basketball/baseball, and received scholarships to Campbellsville College, KY (basketball) and Bethel College, TN (baseball). Clint graduated from School of Banking of the South at LSU (1973) and worked in banking and sales for over 40 years. He was active in civic and church activities in various cities where they lived throughout the years. After retiring and moving to Franklin in 2012, he became a member of Franklin Cumberland Presbyterian Church. Clint loved all sports, especially the Tennessee Volunteers and the Atlanta Braves. He also coached youth baseball and basketball, and was an avid golfer. Clint was well known for his sense of humor and the ability to talk about his children and grandchildren to whomever would listen. He was loved and will be dearly missed by all those who knew him. In lieu of flowers, please consider donating to one of the following: -FTD Clinic at Vanderbilt (in memory of son-in-law, Brady Gardner) vumc.org/ftdclinic/donate -American Diabetes Association diabetes.org -American Kidney Fund kidneyfund.org Services will be held at: Franklin Cumberland Presbyterian Church 615 W. Main Street Franklin, Tennessee 37064 Friday, July 22nd, 2022 4:00-7:00pm Visitation Friday, July 23rd, 2022 10:00am Visitation Saturday, July 23rd, 2022 11:00am Funeral Service.

To order memorial trees or send flowers to the family in memory of Clint Reed, please visit our flower store.