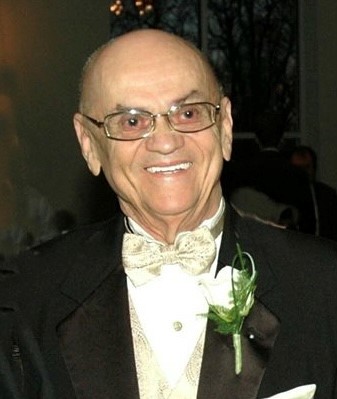 With a great sense of loss, we announce the passing of Cristobal (Cris) Melendez, age 96 of Spring Hill, TN, on January 15, 2022. His death follows that of his wife of 74 years, Josephine Melendez. Cris, affectionately known as Abuelo or ‘Belo, is remembered for his unending sense of duty to our country and his devotion to his family. Cris served in the Korean conflict in 1950 as a member of the US Army, 65th Infantry Regiment, “Borinqueneers.” This distinguished but segregated unit was comprised of poor, honorable Puerto Rican men who volunteered to fight for a nation that did not recognize them as equals, even on the battlefield. Cristobal served with honor, courage, and a deep sense of loyalty to his fellow soldiers, regardless of ethnicity or color of their skin. He was awarded the Bronze Star for valor in combat after rescuing his wounded commanding officer during a heated battle and received additional Oak Leaf clusters in battle.

Cristobal continued to serve our country for nearly 25 years, achieving the rank of Command Sergeant Major. On April 13th, 2016, Cristobal, along with the other dedicated warriors of the 65th Infantry “Borinqueneers,” was awarded the Congressional Gold Medal in a ceremony at the US Capitol, raising them to the ranks of fellow warriors, Tuskegee Airmen, and the Native American Code-talkers.

Cristobal is preceded in death by his wife, Josephine Melendez, his mother, Francisca, father, Ignacio, brothers, and sisters. He is survived by his daughter, Irma (Matt) Eichner, son, Alex (Catherine) Melendez, granddaughters Christine (Bart) Magowan, Margaret (Jack) Bedont, and Emily (Grayson) Melendez, as well as four great-grandchildren. A Military Honors funeral service will be conducted at 10:00AM Saturday, January 22, 2022. Visitation will begin at 9:15AM until service time.  Burial will follow in Williamson Memorial Gardens.

He will be missed.

To order memorial trees or send flowers to the family in memory of Cristobal (Cris) Melendez, please visit our flower store.