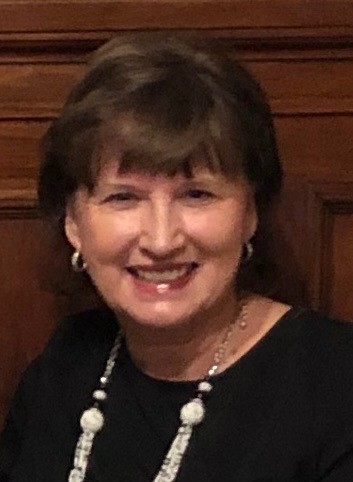 Cynthia Louise Matchulat passed into the Lord’s arms on November 2, 2022 following a courageous two-year battle with cancer. She was a light to all who knew her and touched the lives of so many others.

Cindy was born in Altoona, Pennsylvania. She was the oldest of five children born to Raymond and Margaret St. John. She grew up in Greenville, Pennsylvania in a vibrant and loving household with her two sisters and two brothers—she would often recall how she and her siblings would run to the door to hug their beloved father when he arrived home in the evening. From an early age, Cindy was deeply formed in the Catholic faith, through both Catholic schooling and lived experience within a devout household.

Cindy’s Christian values and deep desire to help others led her to pursue a career focused on addressing people’s medical needs. Accordingly, she earned a degree in x-ray technology from Trocaire College in Buffalo, New York, and began working as an x-ray technician at Buffalo’s Mercy Hospital. While there, in 1968, she met a law student, John (Jack) Matchulat. He was immediately taken by her inherent goodness. Cindy and Jack ultimately married in 1970. In 1971, Cindy earned her “PHT” (Putting Hubby Through) degree by working full time to support her husband during his final year of law school. They shared 52 loving years together, staying by each other’s side until the end.

Cindy continued to work in the x-ray field for forty years while she followed Jack’s legal career from Buffalo, to Winston-Salem, North Carolina, and ultimately to Nashville, Tennessee. She excelled in her career due to her competence, work ethic, innate concern for others, and cheerfulness. As one of her dear coworkers observed, “I’ve never seen someone work like Cindy; she was such a good worker.”

Cindy later became a devoted, loving, self-sacrificing mother who instilled in her two children the Christian values of charity, faith, generosity, civility, consideration and respect for others. In 1977, the couple had their first child, Amanda. Cindy encouraged and supported Mandy’s numerous artistic gifts, and adorned her home with Mandy’s paintings. Mandy learned from her mom how to be a nurturing and fun-loving mother, and treasures how her mom was always there for her. In 1980, Cindy and Jack had their second child, Justin. Cindy shared a special bond with her son, and Justin regarded his beloved mom as his best friend and mentor; she brought great joy to his life and showed him what was worth caring for. She loved to listen to him play piano and guitar. Following her daughter’s marriage to Matthew Long, she greeted her grandson, Cody, who was a special joy to her and upon whom she lavished unending love. Cindy would often say that her most happy, memorable, and enjoyable times were those spent with her family either at home or during their many beach vacations.

Cindy found joy in many endeavors. She loved to travel with her husband and friends to both foreign and domestic destinations, particularly on cruises. She was an avid reader, who also enjoyed playing board games, bowling, and watching romantic movies and comedies.

Cindy relished being among people, whether at work, with friends, at church, or in charitable endeavors. In the process, she developed scores of friendships with persons who truly loved her. Cindy was a caring and compassionate soul, who made her family, friends, and patients feel seen and heard. In addition, her “perkiness” was legendary, as was her overt happiness, optimism, sincerity, honesty, and sense of humor, all of which endeared her to others.

As an adult, Cindy came to profoundly own her Catholic faith—she truly lived for God and others. She was a model of faith, hope, and love. She was a strong, confident woman who could stand her ground and face life’s trials with courage, patience, and deep trust in God. Many have referred to her beauty and grace as angelic. At the same time, she was as down-to-earth as a person can be. She will be sorely missed.

Visitation will be held on Monday, November 7 from 9am to 11am at Holy Family Catholic Church in Brentwood, Tennessee. A funeral mass will follow at 11am, celebrated by Cindy’s beloved pastor Fr. Joe McMahon and concelebrated by her former parish priest Fr. Justin Raines.

The family asks that any donations be made in Cindy’s honor to St. Jude’s Children’s Hospital or Holy Family Catholic Church.

The family wishes to recognize Dr. Lauren Prescott for her skillful and caring attention to Cindy’s treatment needs. Also, the family wishes to extend sincere and special thank yous to the nurses and patient care partners affiliated with the VUMC cancer unit, the VUMC palliative care unit, and Alive Hospice. Their wonderful, gentle, and compassionate care made Cindy’s final days as comfortable as possible.

To order memorial trees or send flowers to the family in memory of Cynthia Matchulat, please visit our flower store.