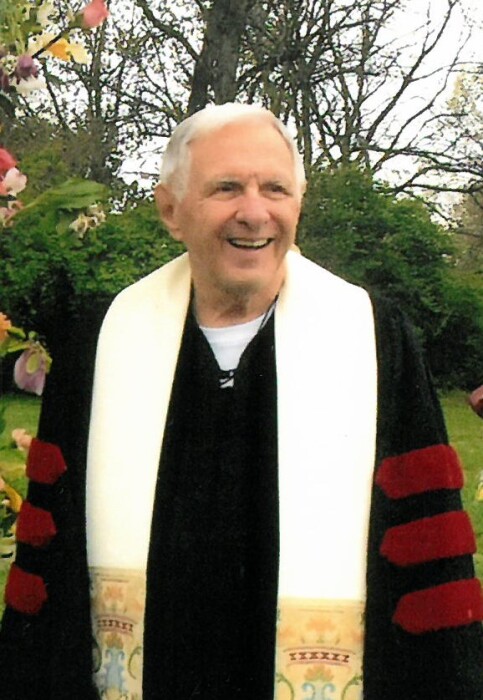 Daly Thompson, Jr. entered eternal life on November 13, 2021, in Nashville, TN. He was 90 years old. He is survived by his daughter, Ruth Thompson Bernabe (Jose’) of Memphis; and a son, Daly Thompson, III of Scottsdale, AZ; three granddaughters, Olivia Jane Bernabe, Jennifer Rose Thompson and Jane Scott Thompson. He was preceded in death by his parents and sister Sarah Evelyn Thompson Finch.

Daly attended Franklin Elementary School and graduated from Franklin High School in the spring of 1949 as Valedictorian of his graduating class. While there he was elected Mr. Franklin High School, served as co-captain of the football team, and lettered in three sports including football, baseball, and basketball.

Daly attended Vanderbilt University where he majored in history and political science and served in the US Navy Reserve. He was a member of Kappa Alpha, played on the college baseball team and ran track. He graduated in 1959 with a BA Degree in History, Political Science. After finishing his commitment to the US Navy, he attended Vanderbilt School of Religion where he received his Master of Divinity Degree.

In 1957 he was appointed to Mullins Methodist Church under Rev. Jimmy Elder. The church grew to over 1500 members and set a church record for growth, focus on missions, and had the largest youth program in the Memphis Conference. He was then appointed to start a new church which became Wesleyan Hills Methodist Church where he served for eleven years between 1959 and 1970. Wesleyan Hills was recognized for having the highest per capita giving in the conference. In 1970 he was appointed to St. John’s United Methodist Church where he served until 1976. St. John’s established over thirty mission programs during his ministry there.

In 1973 he established the Center for Personal Growth in Memphis, TN with Rev. Brooks Ramsey. Together they served over two thousand individuals during the late 70’s.

In 1981 Daly returned to Nashville, TN to continue his counseling practice at West End United Methodist Church and co-founded the “One with Another” singles group at the church.

He was appointed to the historic Johnson’s Chapel United Methodist Church in Brentwood, TN in September 1986 for a nine-month appointment from which he retired 30 years later on Father’s Day, 2016. His first new member was Carolyn M. Boston Primm who he fell in love with, and they have been life partners for over 35 years during which they enjoyed traveling frequently after they retired. Carolyn lovingly cared for Daly following open heart surgery in 2015 and a stroke in April 2020 until the time of his death.

To order memorial trees or send flowers to the family in memory of Daly Thompson, Jr., please visit our flower store.