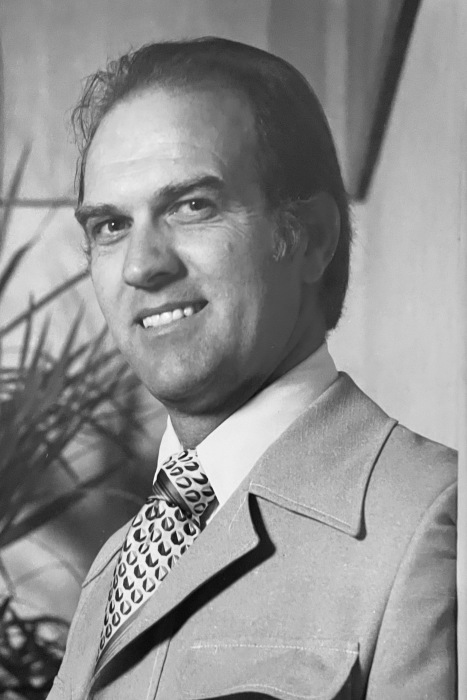 Daniel (Dan) Hugh Hogg, age 88, of Nashville, TN passed away Thursday, November 11, 2021, Veteran’s Day. He was born in Bessemer, AL to the late James and Vera Hogg. Leaving the heart of Alabama in 1963, Dan and his family settled in Nashville in 1965 by way of Hopkinsville, KY. Dan depended on God for his life’s decisions and had opportunities to serve as a deacon at Crievewood Baptist Church, attending there for over 50 years.

Son of a coal miner, he was a veteran of the U.S. Army, serving in Germany during the Korean Conflict. After service, Dan received his Bachelor’s degree from Samford University in Brimingham, AL. He became an award-winning pharmaceutical salesman for over 35 years. Dan could light up a room anytime he wanted with humor, stories and antidotes. However, he was serious about hard work, doing the right thing and family.

Nothing ranked higher for Dan than Alabama football. Roll Tide!

Dan did love working in the yard, 007, oak furniture and rocks. In the early 70’s, Dan joined the local Rock Hound Club (old rock hounds never die, they just slowly petrify!) And he liked to collect things to remember people and places. Working from home his entire career, his office is sprinkled with all sorts of memorabilia, little collections and pictures, each one with a story. Like peas on a plate, these objects would disappear and then reappear at random. Some years ago, when together, he and his great-granddaughter developed an ongoing addiction: their craving for late night ice cream sandwiches while binge-watching Blue Bloods or the veterinarian show, The Incredible Dr. Pol.

Although he didn’t get to the beach much, he talked about it often. Dan did golf: once. He liked trains and as a youth, sang Handel’s Messiah in the choir. During Christmas when Handel’s Messiah came around on an album, CD or MP3, he demanded a pause of complete silence. The entire oratorio was played continuously as he battled Parkinson’s that last week of life. Additionally, his niece, Lisa, did a dramatic reading of Psalm 91 over the phone morning, noon and night.

Visitation will be held 3:00-5:00pm on Sunday, November 14 and one hour prior to the service at Williamson Memorial Funeral Home & Cremation Services, 615-794-2289. www.williamsonmemorial.com

A celebration of life will be held at 3:00pm on Monday, November 15, 2021, at Williamson Memorial Funeral Home with Dr. Martha Minardi, pastor at Crievewood Baptist Church, Nashville, TN officiating.

Memorials may be made online at www.waterstep.org/donate or by mailing checks to WaterStep, 625 Myrtle St., Louisville, KY 40208.

To order memorial trees or send flowers to the family in memory of Daniel (Dan) Hogg, please visit our flower store.