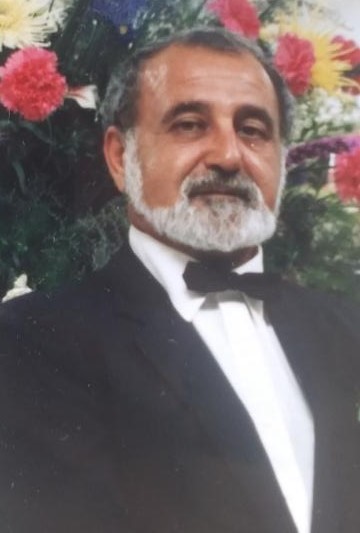 Don was born in Birmingham, AL in 1941. He is predeceased by his father, Peter Joseph Dicie, his mother, Najla Melof Dicie, and his cherished wife, Jean Claire Dicie. He is survived by his daughter, Sara Katherine Dicie of Nashville, his sister, Jacqueline Cecilia Dorine Dicie of Birmingham, and a host of beloved cousins and extended family.

Mr. Dicie graduated from John Carroll High School, Class of 1958, where he accompanied almost every Gilbert and Sullivan Operetta ever written on the piano under the direction of Sister Mary John. He received his Bachelor’s in Music with a concentration in Organ Performance under Sam Batt Owens from Birmingham-Southern College. While there, he studied composition with Dr. William Baxter and Mr. Hugh Thomas. Dr. Raymond Anderson was also a singular influence in his music education. He received his Master’s in Music from Peabody. His compositions are published by Oxford University and St. James Press.

He began his professional career as Music Director of the Cathedral of St. Paul, and prepared the St. Paul - Minneapolis Boy’s Choir to perform the St. Luke’s Passion at Carnegie Hall under Skrowaczewski.

Moving back to the South for the sake of family, he settled in Leiper’s Fork, where he walked many a dog to Puckett’s to share a sausage biscuit, taught in the Nashville School System, and served St. Paul’s Episcopal Church in Franklin for 48 years, composing his signature arrangement of “All Creatures of Our God and King” on his favorite organ, which he affectionately named after his father’s sister, Cornelia.

The family would like to express its deep appreciation to Iain Macpherson for being with Don Michael through thick and thin, and to Angela Marable, RN, for her amazing  patience and loving care. Don strongly urges donations be made to the Humane Society in lieu of flowers. As he said when the litter of kittens he rescued was climbing and clawing the easy chair in his study, “That’s just a chair; they’re alive!”

To order memorial trees or send flowers to the family in memory of Don Dicie, please visit our flower store.