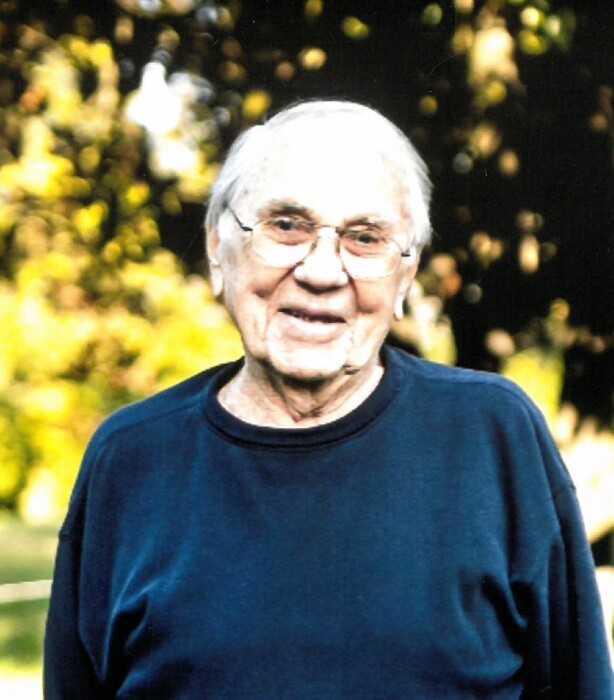 Donald “Don” Wayne Locke of Franklin, TN passed away November 13, 2022 after a brief battle with lung cancer. He was 93 years young. Don was born on April 15, 1929 to parents, Samuel Otho Locke and Nannie Holloman Locke. He was the youngest of three children. Don graduated from Tennessee Military Institute in Sweetwater, TN, Boot Camp in San Diego, Radar School at Treasure Island and served four years in the U.S. Navy. Afterwards, he worked for Tennessee Valley Authority in Chattanooga for 37 years as a Civil Engineering Mapping Associate until his retirement in 1985. Don enjoyed tennis, bowling and golf but most of all, he enjoyed traveling with his wife, Eileen, and some of their close family and friends. Don was a loving, devoted husband to Eileen for 55 years and was heartbroken when she died in 2010. After her death, he moved to Franklin to be closer to his daughter, Jan, and her family. Don was an amazing dad to Jan; a great buddy to his son in-law, Sid; an incredible Pappaw to his grandsons, Devan, Corey and Justin and a loving Pappaw to his great-grandchildren, Nadia, Crawford, Holden and Austen. He also loved Fallon and Dana and considered them to be his own granddaughters. He loved his family more than anything and enjoyed the times they were all together. He loved seeing how much they all loved each other and had fun together. Most of all, he enjoyed sitting with his grandsons, having a good cigar and a good drink. He was adored by his family and will be dearly missed. Don was preceded in death by wife, Eileen Peace Locke; parents, Samuel Otho and Nannie Holloman Locke and sister, Marie Locke Gallaher.  He is survived by his daughter, Jan (Sid) Erwin; sister, Betty Randolph; grandsons, Devan (Fallon) Erwin, Justin (Dana) Erwin and Corey Erwin; great-grandchildren, Nadia, Crawford, Holden and Austen Erwin.  Graveside services will be conducted 1:00 PM (EST) Monday, November 21, 2022 at Decatur Cemetery, Meigs County, TN.  Memorials may be made to Aveanna Hospice or Tunnel to Towers for Veterans, WILLIAMSON MEMORIAL FUNERAL HOME, 615 794-2289 williamsonmemorial.com

To order memorial trees or send flowers to the family in memory of Donald Locke, please visit our flower store.