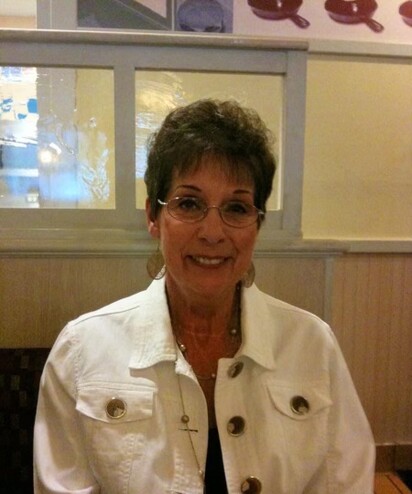 Dorthy “Miss Dot” Louise Emmons, age 79 of Franklin, TN passed away August 22, 2022. She was born in Corinth, MS to the late John & Elsie Taylor. Ms. Dot spent many of her years working in childcare at Grassland Heights and Kindercare, and the number of babies she cared for those years is rivaled only by the number of people in her own life she tended to ceaselessly. Although it only became an official vocation later in her life, taking care of those around her (whether it be her cooking, her flower gardens, or her loved ones), was a lifelong devotion. She is preceded in death by her husband, Bobby Emmons; daughter, Sherry Emmons Brugman; brothers, Jimmy Taylor, Ed Taylor and Frank Taylor. Dot is survived by her daughter, Laurie Emmons Shinbaum of Franklin, TN; sister, Betty (Larry) King of Corinth, MS; son in-law, David Brugman of Hendersonville, TN; grandchildren, Stephani Shinbaum, Brittany (Justin) Martin and Abigail Brugman; twin great-grandchildren arriving soon and many other loving family members. Funeral service will be held 1:00PM Saturday, August 27, 2022 with visitation two hours prior to the service at Williamson Memorial Funeral Home. Rusty Trotter will officiate. Entombment will follow in the Remembrance Mausoleum at Williamson Memorial Gardens. Family and Friends will serve as pallbearers. Memorials may be made to the Susan Koman Foundation. WILLIAMSON MEMORIAL FUNERAL HOME & CREMATION SERVICES, 615-794-2289. www.williamsonmemorial.com

To order memorial trees or send flowers to the family in memory of Dorthy "Miss Dot" Emmons, please visit our flower store.