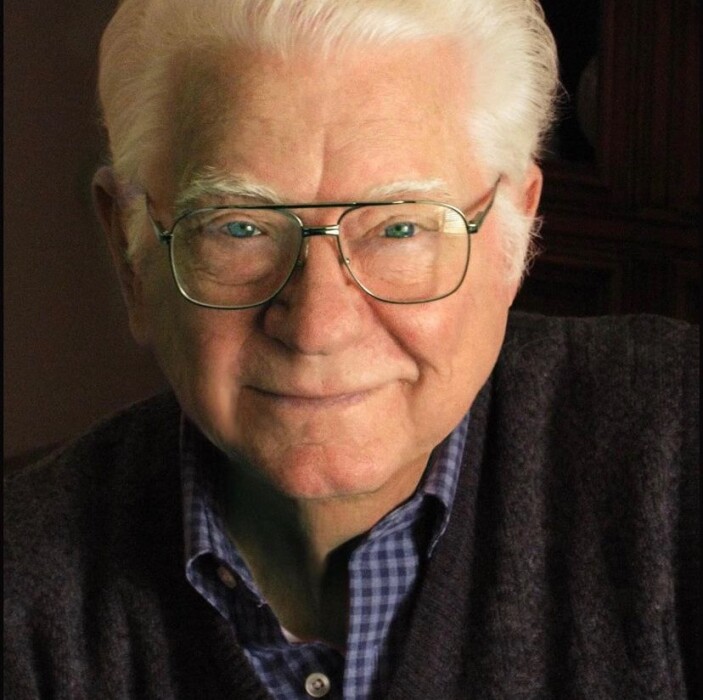 Dr. Harold Edwin Helms, 94, passed away on June 22, 2022 at Maristone Assisted Living in Franklin, TN.  Harold was the youngest of seven children born in Concord, NC to William and Zella Mae Helms on January 23, 1928.  He married Winona Elaine Cameron on July 13, 1947 in Los Angeles, CA.  They had four children, eight grandchildren and twelve great-grandchildren. He and Winona graduated from L.I.F.E. Bible College (now called Life Pacific University) and spent a decade pastoring in his home state.  After eight years pastoring in Virginia, he became the Dean of Students at Mount Vernon Bible College (the predecessor to L.I.F.E. Bible College East).   Following six years as pastor in Decatur, IL, he served for 18 years as pastor of Angelus Temple, the Headquarters Church of the International Church of the Foursquare Gospel and served one year as interim President of the organization.  During his time at Angelus Temple, the church recorded more than 39,000 decisions for Christ, approximately 6,600 water baptisms and some 3,800 baptisms with the Holy Spirit. The congregation also gave $4.7 million to missions during his tenure. He retired in 1999, but continued to travel extensively and remained active in ministry. Harold was preceded in death by his parents and six siblings. In addition to his wife, Winona Harold, he is survived by four children: Jerry (Sharon) Helms of Moline, IL; Michael (Kaz) Helms of Honolulu, Hawaii; Charles Helms of southern California and Melissa (Blake) Hawthorne of Lynnville, TN., 8 grandchildren and 12 great grandchildren. A Celebration of Life will be held Sunday, July 3 at Williamson Memorial Funeral Home in Franklin, TN.   Visitation will be 2 to 4pm with the service at 4pm.  The service will be live streamed for those unable to attend.  The family of Harold Helms wishes to extend our sincerest thanks to the care he was given at Maristone of Franklin.  Memorials may be given to the general scholarship fund of Life Pacific, or to the mission’s ministries of CornerStone Christian Fellowship, Moline, IL or First Presbyterian Church of Lynnville, TN.

To order memorial trees or send flowers to the family in memory of Dr. Harold Helms, please visit our flower store.