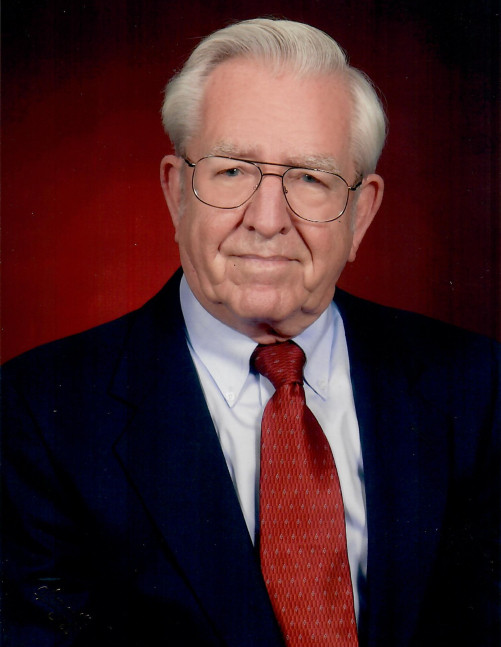 Louis was born in Grove Hill, Alabama and was the seventh of eight children. He was preceded in death by his father, Joseph Macon Johnson, mother, Eunice Hildreth and beloved wife of fifty years, Ola (Olie) Grace Freeman.

As a child, his father pastored small Methodist churches and moved every November. As such, the family lived in numerous towns in the Alabama - West Florida district of the United Methodist Church. Louis graduated from Eufaula, AL, High in 1946 as valedictorian of his class and enrolled in Auburn University in 1949. He received his B.S. degree from Auburn in 1949. While at Auburn he was active in the Boy Scouts, played in the Auburn Symphony Band and the Auburn marching band. One standout memory of his time in the band was when he played for President Truman’s inauguration. At Auburn he was elected to AED, pre-med honorary society and Phi Kappa Phi honorary scholastic society. As a sophomore he was chosen as one of the 10 outstanding independent students. He met Olie while at Auburn University. He attended the University of Alabama School of Medicine in Birmingham, receiving his M.D. Degree in 1953. While at UAB, Louis and Olie were married in her family's church in Birmingham on May 31, 1952. In 1953 Louis enlisted in the U.S. Navy and served his internship at Oak Knoll Naval Hospital in Oakland, CA. Upon completing his internship he enrolled in the U.S.N. School of Aviation Medicine, Pensacola, FL. After receiving his Flight Surgeon’s wings, he was stationed at Cory Field, Pensacola, where he was Flight Surgeon and flew search and rescue for the 6th Naval District. Upon completion of his Naval duties he entered the ophthalmology training program, Harvard University, Boston, MA. Upon completion of his ophthalmology training he moved to Dothan, AL where he practiced his specialty until June, 1987 when he retired from practice in order to care for Olie, who passed away in 2002 shortly after their 50th wedding anniversary. During his practice he was president of the Alabama Academy of Ophthalmology and Otolaryngology for two successive years. He was an avid Biblical scholar and taught a Bible Study at Wesley Manor Nursing Home for eleven continuous years. Louis enjoyed sailing, building and flying model aircraft, and was a model train enthusiast. In the early 2000’s he moved to Middle Tennessee and was a member of Brentwood United Methodist Church. He was a frequent volunteer of the Sunny Day Club at BUMC. He enjoyed his later years traveling and spending time with his beloved friend Peggy Bowling and her family, and spending time with his grandchildren and great grandchildren.

Expressions of sympathy may take the form of donations to the following ministries in loving memory of Louis Lanier Johnson.

Please click here to view the video tribute
To order memorial trees or send flowers to the family in memory of Dr. Louis Johnson, please visit our flower store.