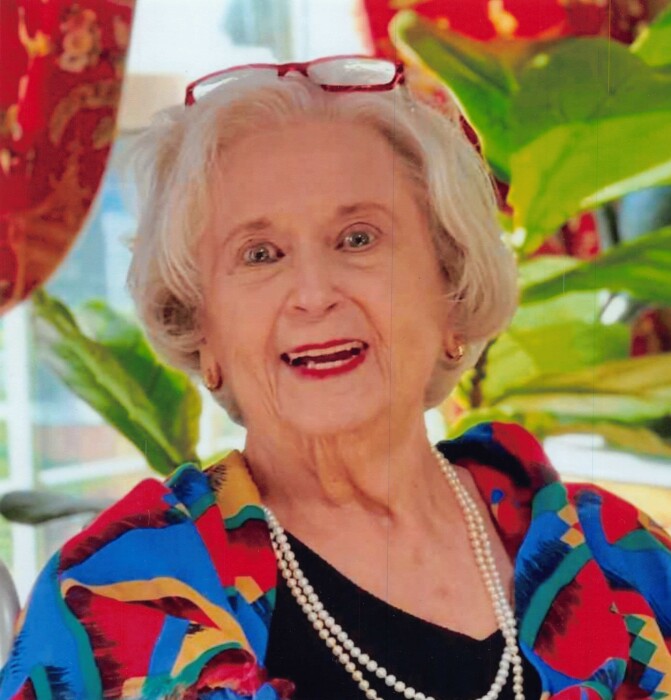 Elisabeth Dunnington Moye, known to friends and family as Betty, died peacefully at the age of 90 on Sunday, July 24, 2022.

Betty, a proud Virginian by birth, was born in Richmond on October 9, 1931 to the late Paul Edwin Dunnington and Elizabeth Christian Page.  She spent her early years in Richmond before moving to Jacksonville, Florida.  She attended Landon High School, graduating in 1951, where she was member of the Marching Lionettes and a Band Majorette.  In Jacksonville she met her future husband Lamar Moye and following their wedding they moved to his hometown of Barnesville, Georgia.  Betty spent most of her adult life in Barnesville, where she raised her children. She was involved in both the Gordon Grammar School and High School PTA, a Brownie and Girl Scout Troup Leader and stay at home mom.  Betty was an avid reader and ardent Anglophile with a true love of the British monarchy and nostalgia for the former British Empire.

Betty had a lifelong dream of becoming a nurse and at the age of 50 put herself through nursing school at Gordon State College.  After becoming a registered nurse she worked for many years at Spalding Regional Hospital and then at Henry Medical Center in the women’s labor and delivery unit.   She was a long time member of St Georges Episcopal Church in Griffin and actively involved as a Sunday school teacher, the Altar Guild and Episcopal Youth Group.  Betty was quite accomplished in doing needlework, one of her true loves, and proud that she had been elected as a Life Member of the Embroiderer’s Guild of America having served as National President. Proud of her Colonial Virginia heritage Betty was a member of the Old Glory Chapter of the National Society of Daughters of the American Revolution.

Betty is survived by her children, Michael Moye of Greensboro, NC; Claire Moye of Franklin, TN and Paul Moye (Jackie) of Thompson Station, TN.  Her grandchildren, whom she loved dearly,  Matthew Moye (Kyla) of Walla Walla, Washington; and Olivia Britton (Stephen) of Brentwood, TN. and her beloved dogs, Mac, Louie and Lola. In addition to her parents Betty was preceded in death by her former husband, Lamar Moye; grandparents Clarence Christian Page and Alice Haley Page and John A. Dunnington and Mary Porter Dunnington.

In lieu of flowers the family requests that donations be made to the Nashville Rescue Mission, 639 Lafayette Street, Nashville, TN. 37203

To order memorial trees or send flowers to the family in memory of Elisabeth Moye, please visit our flower store.