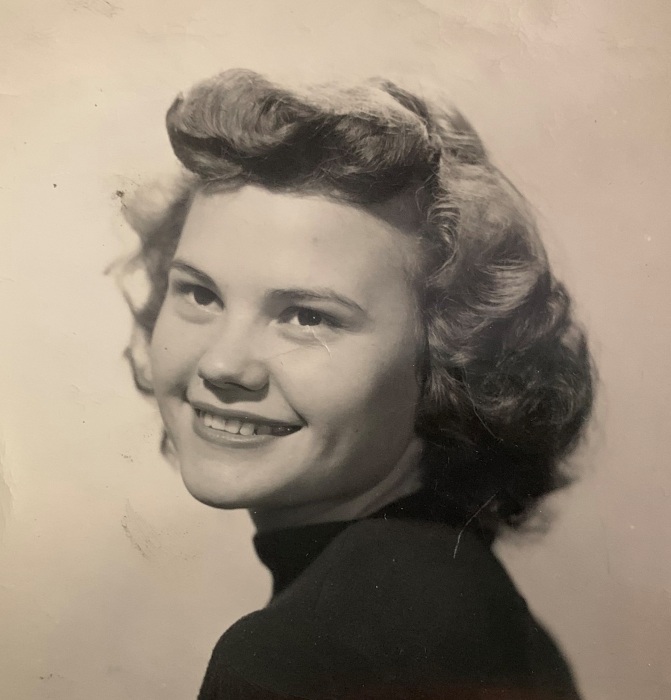 Flodine was born in Nashville, TN on December 13, 1928, daughter of the late James Newton Lewis and Hettie Adeline Howard. She was educated at Cohn and Hume Fogg in Nashville, TN. She married James L. Duke on April 29, 1946, in Franklin, KY Flo was an excellent cook who seldom if ever followed a recipe. She enjoyed working in the yard, painting China, and dabbling in real estate. Flo loved shopping. She often took her two granddaughters to Castner Knott. After shopping, the three would enjoy ice cream at the nearby Baskin Robbins. Flo lived for several years in Saudi Arabia with Jim, where he was a hospital engineer. There, she emersed  herself in the local culture and cuisine and made lifelong friendships. During that time, Flo and Jim had the opportunity to see much of the world, where they traveled to such exotic places as Sri Lanka and Morocco.

Upon Jim’s retirement, the two spent many winters at their second home in San Leon, Texas. There, they enjoyed the company of their second son Phil, a resident of San Leon. Sons Michael and David would often visit. David would bring his children, whom Grandma Flo enjoyed immensely.

The family will receive friends from 10:00 AM – 11:00 AM on Friday January 28, 2022, at St Philip Catholic Church, Franklin, TN where a Funeral Mass will be held at 11:00 AM with Father Ed Steiner officiating.  Reception to follow at the St. Philip gathering area.

Burial will take place at 11:00 AM, Tuesday, February 1, 2022, in Middle Tennessee Veterans Cemetery.

Family and friends will serve as Pallbearers.

Expressions of sympathy may take the form of donations to Alzheimer’s Association, 478 Craighead St #200, Nashville, TN 37204, in loving memory of Flodine Duke.

To order memorial trees or send flowers to the family in memory of Flodine Duke, please visit our flower store.