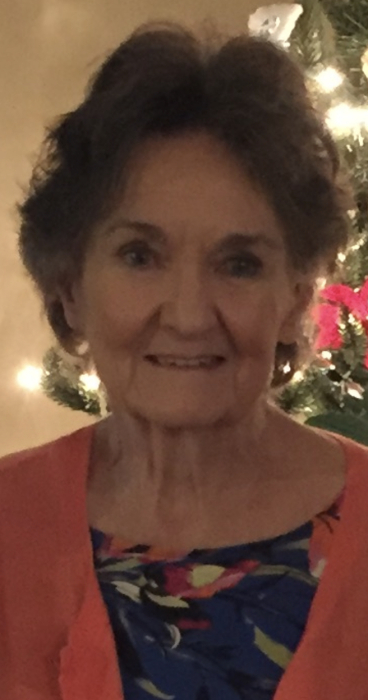 She was born on March 18,1931 to Blanch and Henry Haas in Jackson, Tennessee where she spent her childhood.  She moved to Memphis, Tennessee when she was 10 and graduated from Tech High School in 1949. After her retirement from Memphis Light, Gas and Water in 2000, she moved to College Grove, Tennessee.

She was crowned Queen of West Jackson Elementary School in conjunction with the Humboldt Strawberry Festival when she was 6, which was a fond childhood memory of hers. In her teens, she won her share of jitterbug and roller-skating contests.  She loved writing poetry and played the piano beautifully by ear.  However, her most important role in life, and the role she took very seriously, was being mom to her 4 girls.  Her family was her life, and she loved them with an unparalleled loyalty.

She is preceded in death by her parents Henry Dalton and Blanche Ophelia Haas, her brothers Henry Dalton Haas, Edgar Barker Haas and Captain William Robert Haas, and her sweet daughter, Bren Blackwell.

A small family ceremony to celebrate her life will be held at LaGrange Cemetery in LaGrange, Tennessee at 3:30 Sunday, September 4, 2022. Pastor Pam Wells will officiate. Should you wish to honor her memory, a donation may be made to St. Jude Children’s Research Hospital in Memphis, Tennessee, or a charity of the donor’s choice.

The family would like to thank Caris Hospice for their loving support and taking such good care of our precious mother.

To order memorial trees or send flowers to the family in memory of Frances Clifton, please visit our flower store.