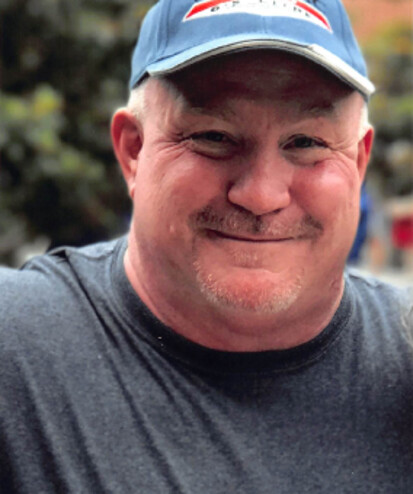 Gary Lee Conley, age 57 of Brentwood, TN passed away May 4, 2022. Gary was born and raised in Chicago IL and then lived in Trevor WI before moving to TN. Gary peacefully passed away at home in Brentwood TN after a courageous battle with cancer. His son Sean and wife Gloria were at his bedside. Gary could accomplish anything he set his mind to do. He was skilled with his hands- he could fix anything he wanted to and he had a passion for remodeling his homes. He loved to drive and work on his GTOs, loved weight lifting which was a passion he passed on to his son Sean who now has made a career with the passion they shared. He spent many years as a baseball coach for Sean’s baseball teams, and Gary also loved to grill and ride his 4-wheeler and mini- bike. Gary was very proud of his firefighter son, Gary Jr as well. Gary and Gloria met when they were 20 years old and spent many days together remodeling homes, driving the GTOs and lately walking the neighborhood and sitting on the front porch drinking coffee and enjoying the views.  He will be missed more than words can say. He is preceded in death by his father, Leroy Conley; sister, Sheila Conley; brother, Terry Conley and his beloved rottweiler, Baby. Gary is survived by his wife of 29 years, Gloria Krawczyk Conley of Brentwood, TN; sons, Gary Lee Jr. (Nina) Conley of Chicago, IL and Sean Conley of Brentwood, TN; mother, Fran Conley of Paris, TN; brother, Randy Conley of Franklin, TN; sisters in-law, Ranata (Alan) Dash of Brentwood, TN and Eva (Charly) Sinkovits of Norridge, IL; brother in-law, Frank (Shelly) Krawczyk of Chicago, IL; nephews, Justin Conley and Trevor Conley. Funeral service will be held 2:00PM Wednesday, May 11, 2022 at Williamson Memorial Funeral Home. Visitation will be 11:00am – 2:00PM prior to the service. Jim Taylor will officiate. Burial will follow the service in Williamson Memorial Gardens. Family and Friends will serve as pallbearers. WILLIAMSON MEMORIAL FUNERAL HOME & CREMATION SERVICES, 615-794-2289. www.williamsonmemorial.com

Please click here to view the video tribute
To order memorial trees or send flowers to the family in memory of Gary Conley, please visit our flower store.