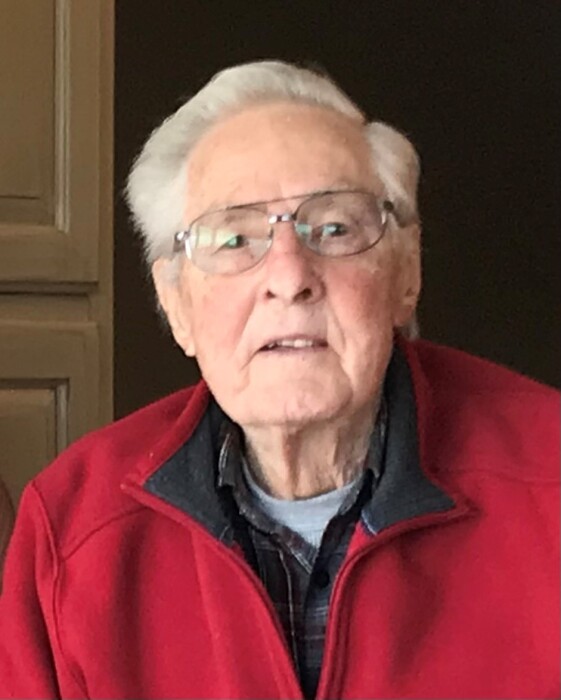 Glenn Allen Bolton, Sr. passed away peacefully on Sunday, June 12, 2022 after a long life and a short illness. Glenn was born in Ohio on December 10, 1929 as the 11th of 13 children to Harry Brents and Bertha Fred Bolton.  The family lived on farms throughout Kentucky and Tennessee but mainly called middle Tennessee home.  He was drafted into the Marines and proudly served in Korea in Squadron VMO 6 as its company carpenter.  Carpentry became his life-long skill and profession.  He was a master craftsman and a selfless provider for his family. After a career of very hard work, he probably enjoyed his 30 years of retirement more than most.  He was passionate about golf and his golfing buddies.  He also loved to volunteer his handyman talents for Habitat for Humanity and for Brentwood United Methodist Church, where he was a faithful member for 60+ years. He leaves two children, Allen (Lisa) Bolton of Hoover, AL and Deiderra (Stuart) Smith of Madison, AL; four grandchildren, Kelsey (Drew) Granthum, Jeremy (Molly) Bolton, Dr. Colson (Anna) Smith and Allie Smith; and two great grandchildren, Elliott and Francie Bolton.  He is also survived by one sibling, Donald (Betty) Bolton of California, as well as five stepchildren and scores of in-laws, cousins, nieces and nephews, all of whom were his favorite.  Glenn was predeceased by spouses Alyce Zimmerman (m. 1957-1990), Marilyn Anderton (m. 1992-2000) and Gloria Morse (m. 2001-2021) and by his parents and 11 of his 12 siblings. Bishop Joe E. Pennel will officiate a memorial service at Williamson Memorial Funeral Home on June 17, 2022, at 1:00 p.m. with visitation beginning at noon.  A brief graveside service will follow at Williamson Memorial Garden.  Pallbearers will be grandsons Jeremy, Colson and Drew, and stepsons Brett Anderton, John Morse and Mark Morse.  Honorary pallbearers will be Ron Edwards, Tom Edwards, Steve Baird, John Noonan and the Robert I Moore Sunday School Class. In lieu of flowers, the family requests consideration of memorial contributions to Brentwood Methodist Church, Habitat for Humanity or the charity of your choice. WILLIAMSON MEMORIAL FUNERAL HOME & CREMATION SERVICES. 615-794-2289. www.williamsonmemorial.com

To view the service online, please visit the link below:

Please click here to view the video tribute
To order memorial trees or send flowers to the family in memory of Glenn Bolton, Sr., please visit our flower store.