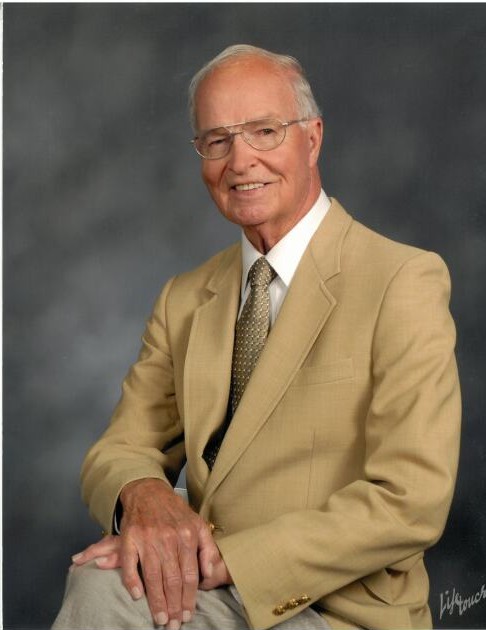 Gene graduated from Bellevue High School in 1946. After graduation, he worked for Seigreist Bakery as a salesman. During this time, Gene loved skating at the Hippodrome Rink where he met young Dorothy Pettus.

Gene was inducted in the United States Army in September 1950. On his first furlough, he married the love of his life, Dorothy. He served in Korea in heavy mortar and combat units. He completed his service rising to Master Sergeant.

Upon returning to Nashville, he started work with the Coca Cola Bottling Co. where he moved up the corporate ladder from route salesman, route manager, sales manager, general manager to Vice President for the Nashville Mid-TN region. He was an active member of the Nashville Chamber of Commerce and the Sales and Marketing Club. Gene retired in 1989, upon he and Dorothy traveled extensively throughout the U.S. and abroad.

Gene was an active and loyal member of the Forest Hills Baptist Church. Gene loved his neighbors and community were he served on the “HandyMan” Club and attended regular afternoon socials.

The family wishes to extend our sincere thanks to the amazing caregivers who served him on this journey. Your compassion and care have been a wonderful gift to us all.

In lieu of flowers, Donations made to: Amedisys Foundation 3854 American Way Suite A Baton Rouge, LA 70816

A Service will be held Friday March 18,2022 at 11 at Williamson Memorial Funeral Home with visitation beginning on hour prior to service

A private family service at Middle Tennessee Veteran Cemetery at a later date.

To order memorial trees or send flowers to the family in memory of Herbert “Gene” Dean, please visit our flower store.