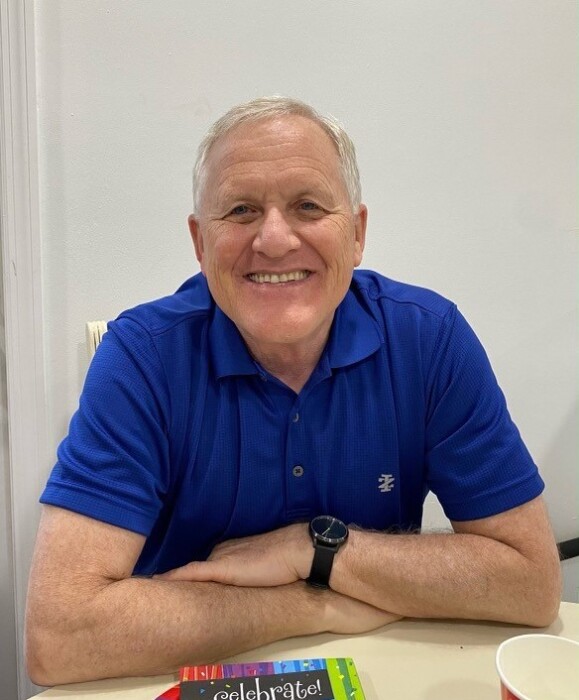 Jayson Duane Kyle, age 70 of Franklin, TN entered into his well-deserved heavenly rest on March 19, 2022. He was a loving husband, father, grandfather and friend. Jay devoted his life that others might hear of and place their faith in Jesus. He was surrounded by his family as he passed into glory as well as a great cloud of witnesses around the world praying for and singing with him.

Jay was born in Salem, Oregon on April 27, 1951 to John and Lois Kyle. He was the second of four kids. After John and Lois came to faith while living in San Francisco, they packed their family up and moved to the East Coast to attend Columbia Theological Seminary in Atlanta, GA. Following seminary they pastored a church in Hazard, Kentucky, and then joined Wycliffe Bible Translators in Manila, Philippines where Jay spent his middle and high school years.

Jay met his wife Maureen while attending Belhaven University in Jackson, MS. He attended seminary at Reformed Theological Seminary (RTS) and from there they moved to Papua New Guinea with Wycliffe Bible Translators. Coming back to the States, Jay served in various roles at Mission to the World (MTW). They moved to Mexico City, Mexico in 1987 with their three kids where they served for 14 years.

In 2001 the Kyles moved to New York City where Jay began work as the Vice-President of Asia and Latin America for Redeemer City to City. While traveling the past 20 years throughout Asia and Latin America, Jay was fortunate to see fruit from his labor. What started as a partnership working in four cities in China now has a footprint of work in over 150 cities. Jay’s work in Asia led to the formation of City to City Asia Pacific and personally helped catalyze church planting efforts in Taiwan, Hong Kong, South Korea, Japan, Philippines, Malaysia, Singapore, Australia, India, and Thailand, among others. City to City Latin America was also formed and is currently serving in Mexico, Chile, Brazil, Peru, Columbia, Argentina, Ecuador, Guatemala, among others.

Jay had this wonderful love of people. He had this ability to make someone feel like there were the most important person in the room and that their life and story mattered. Jay wanted people to know the love of God through Jesus and gave his life so that more people could have that opportunity.

Jay loved his children and grandchildren. He loved being silly and serious. Jay loved people so well that he not only leaves behind Maureen, Jenny, Amy, and Jeff, and his grandchildren, but so many people count Jay as their friend, brother, father figure, and mentor.

Jay ran the race set before him with joy and determination.

A private family burial will be in Williamson Memorial Gardens on Friday, March 25. He will be laid to rest in the Memory Garden spot 78A2. Celebration of Life service will take place at 4pm, Saturday, March 26, 2022 followed by a reception at Christ Community Church, 1215 Hillsboro Road, Franklin, TN 37069. Randy Lovelace will officiate.

In lieu of flowers contributions can be made to Redeemer City to City.

Flowers are being arranged by Always in Bloom in Franklin.

To order memorial trees or send flowers to the family in memory of Jayson Kyle, please visit our flower store.