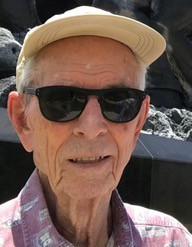 John W. Stinnett, age 94 of Franklin, TN and Cape Coral, FL passed away peacefully on December 14, 2022.  Born in Garfield, KY on October 17, 1928, John was the son of the late James and Ruth Stinnett.  He served in the Marines in World War II.  John married the love of his life, Dorothy Johnson in 1949 and they shared a love of fishing and boating.  They boated on Kentucky Lake for many years before retiring and moving from Louisville, KY to Cape Coral, FL in 1985.  John was a skilled pleasure boat captain, managing boats as large as 85 feet in both inshore and offshore environments.  John recently moved to Franklin, TN to be near family.

To order memorial trees or send flowers to the family in memory of John Stinnett, please visit our flower store.