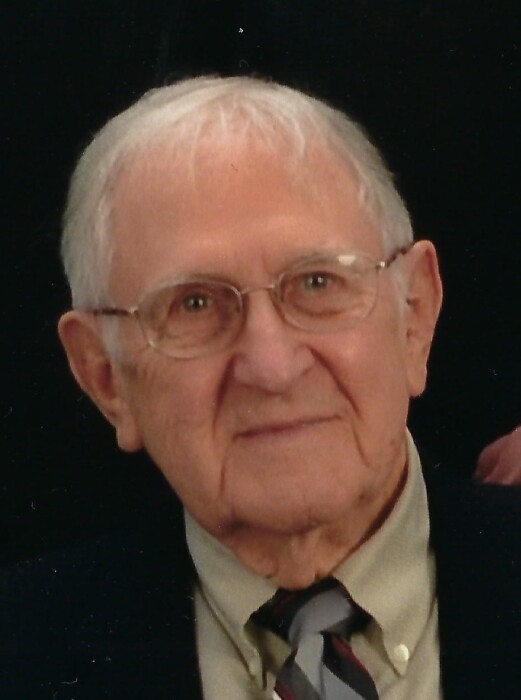 Josef B. Wilson passed away on October 29, 2022 at his home in Franklin, Tennessee.

He was born on June 25, 1924 to Robert and Eunice Wilson in Burnsville, North Carolina. Joe had a happy childhood living in the mountains, and as a high school student he drove the school bus for younger students. Joe served in WWII as a radio operator aboard a Naval Surveillance plane on Tinian Island in the South Pacific. Joe developed a lifelong woodworking skill while he was a student at Berea, and with the help of his dad and brothers, built their  prominent home, of wood and stone from the family farm, that is still in use today.  He met the love of his life Dale at Berea College while he studied Business Administration.

Joe spent several years as a pharmaceutical rep for many Tennessee and North Carolina cities before moving to Nashville in 1962. Upon moving to Nashville, He joined the Tennessee Department of Child Health Services for the upper Cumberland region.  During this time he received his Master of Public Administration (MPA) Degree.

In 1991, Joe retired and traveled in Europe prior to dedicating many years to volunteering at the Buchanan Log House in Donelson. Twenty three years ago he founded the on-going annual fundraising Fish Fry. Joe was a talented carpenter and completed numerous home and lawncare projects over the years. He was a tennis player and dedicated walker. Josef was a lover of the Nashville Symphony and held season tickets for decades. He was also State President of the APTA for several years, well into his 80’s.

Joe never met a stranger. He was gregarious, yet modest and unpretentious.   He was a dedicated family man, loving father and grandfather who will be greatly missed.

A combination memorial service for Joe and Dale will be announced at a later date.

To order memorial trees or send flowers to the family in memory of Josef B. Wilson, please visit our flower store.