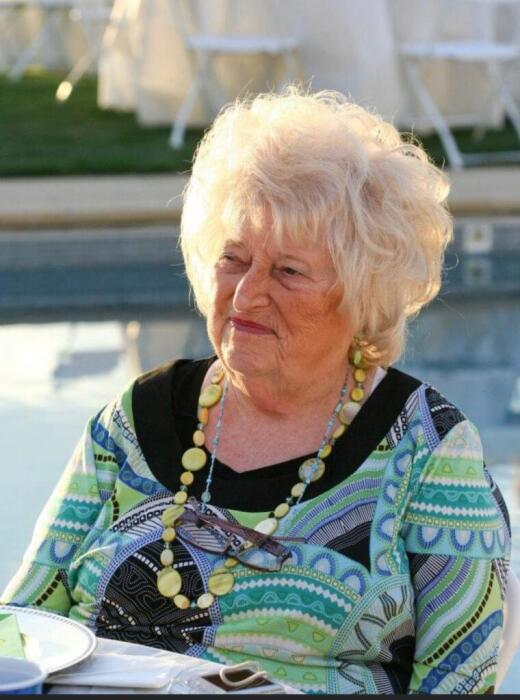 Judy Anne (Sherman) Merwin-Johnson, 89, of Franklin, TN, passed away peacefully February 23rd with her daughters and husband at her side. She had been battling stage IV cancer since last fall.

Judy lived an extraordinary life. She was an amazing woman who moved to South Korea with her husband David Merwin shortly after the Korean War, full of faith and with only fifty dollars in her pocket. There, Judy and David learned and loved the language, the people, and the culture and served as Christian missionaries for 20 years.

Along the way, they were able to adopt an eight-year old girl (Stephanie) who had lived most of her early years abandoned on the streets.  Shortly thereafter they also adopted a malnourished, emotionless, ten-pound one and a half-year old (Sarah). They gave these girls life. They gave these girls love and the results have no doubt impacted eternity.

Given her life of service, Judy barely had anything of worldly value to her name, but her life was as rich as anyone you’ll ever meet. She made it all count, daily living out an exuberant, approachable, and contagious faith that demonstrated the spirit of her Lord Jesus residing in her very core.

She was a member of Christ Church in Nashville and tremendously enjoyed its Prime Time seniors’ group. She also so appreciated the Christ Church pastoral staff and worship music teams.

Born in Evansville, Indiana on April 7, 1932, Judy graduated from Evansville Central High School. In the late 1950s, she and David attended International Bible College in San Antonio, Texas. That eventually led to their time in South Korea which they reached by spending two weeks on an ocean freighter.

In 1980, following their 20-year stint in South Korea, they came back to Evansville where David was on staff at Bethel Temple Church before later pastoring with Judy at Temple of Praise church. In 1990, they joined Living Hope Fellowship staff in the Portland, Oregon, area where David became ill and passed away.

Judy subsequently relocated to Franklin, TN, where her youngest daughter and her family lived. She was involved daily with her grandchildren, and early on she was frequently seen driving one or more of them around Franklin in her shiny, red convertible (a vehicle given to her by a good friend in Oregon). In 2014, she married Walter Johnson, a widower from Evansville, and till the time of her death, they shared Judy’s home in Franklin.

In her later years, Judy’s family marveled that seemingly nothing ever could take her down. In her late seventies and eighties, she survived a terrible fall resulting in a brain contusion, survived a heart attack, and had a tumor in her pancreas stifled. After each battle she came out joyous and with an even deeper faith that indeed God provides; that her Lord would meet her every need and would be with her every step of the way.

A Celebration of Life memorial service will be held Saturday, March 5th at 1 p.m. CST at:

In lieu of flowers, Judy requested that donations be made in her memory to Christ Church or to DestinyMinistries.info (adoption ministry).

To order memorial trees or send flowers to the family in memory of Judy Merwin-Johnson, please visit our flower store.