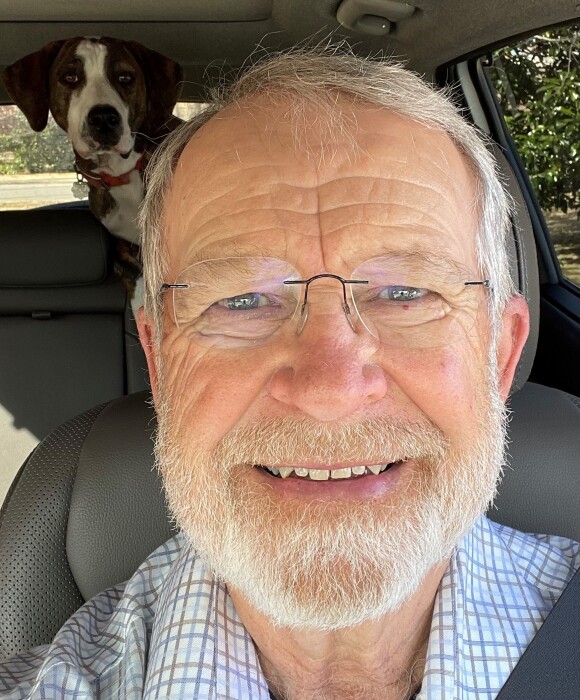 Larry Calvin Marcum of the Bethesda Community in Williamson County TN passed away the 3rd day of June 2022.  Born November 30, 1950, in Oneida, TN, he was the youngest son of M L and Julia Stanfill Marcum who preceded him in death.

He is survived by his wife of 50 years, Patricia “Pat” Marcum, a daughter, Micah LeDaniel Sauter and husband Dusty of Franklin, TN, a son, Matthew Landon Marcum and wife Olivia of Knoxville, TN one brother, Mearle Lynn Marcum of Oneida, TN, two grandsons, Jeremiah and Sloan Sauter of Franklin, TN, two granddaughters Lillian and Maeven Marcum of Knoxville, TN and a host of other family and friends.

His love of the out of doors led him to pursue an education in Wildlife Science from the University of Tennessee where he received a B.S. degree in 1971 and a M.S. degree in 1974.  He was one of the early researchers to study black bear biology in the Great Smoky Mountains National Park.  In 1974 he moved to middle Tennessee with his wife to take a position as a wildlife biologist with the Tennessee Wildlife Resources Agency and remained with TWRA for the duration of his 32-year professional wildlife career.  He was involved in many successful wildlife programs including the reintroduction of Elk to TN at Royal Blue WMA on December 19, 2000.  He was also instrumental in the formation of the TWRA Foundation.

After his retirement in 2006, he remained an avid outdoorsman and loved to hunt, fish, and hike.  He loved to travel with his wife.  He was a member of the BMW Motorcycle Club of Nashville Tennessee and enjoyed traveling throughout the United States and Canada with other club members.

Funeral services will be conducted at the Williamson Memorial Funeral Home in Franklin, TN.

A Celebration of Life Service will be conducted 4:00 PM Wednesday, June 8, 2022, at Williamson Memorial Funeral Home, Jim Taylor officiating.  Memorials may be made to TWRA Foundation.  Visitation will be 1:00 PM-4:00 PM Wednesday prior to the service at WILLIAMSON MEMORIAL FUNERAL HOME, 615- 794-2289 williamsonmemorial.com

Please click here to view the video tribute
To order memorial trees or send flowers to the family in memory of Larry Marcum, please visit our flower store.