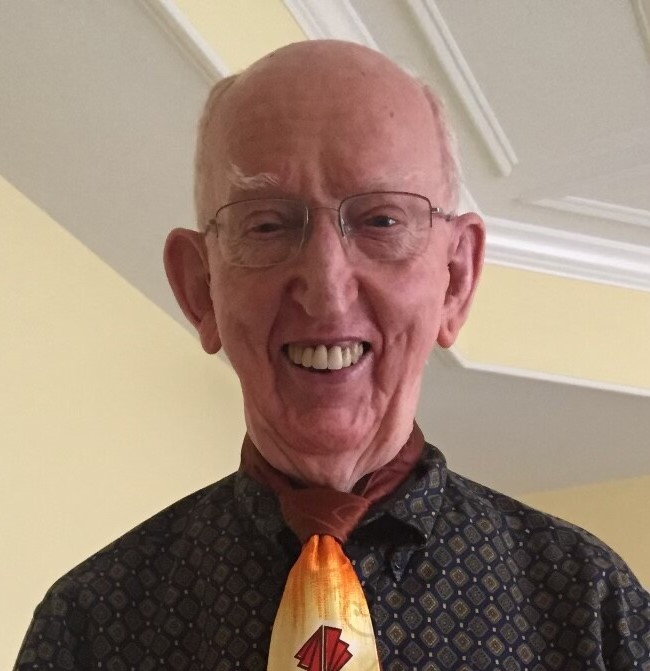 After graduating from St. Edward HS, Les started his farming career only to be interrupted by the Korean War being drafted into the Army. After returning from his Army service, Les utilized the GI Bill to enroll and graduate from the University of Nebraska with a BS degree in Vocational Education. He began his teaching career in Ainsworth NE where he established his relationship with the Future Farmers of American teaching and mentoring young farmers and ranchers and establishing wonderful relationships within the Ainsworth community.

After his teaching career, Les was hired by the Nebraska State Dept. of Education in Vocational Education and a move to Lincoln NE. During that time he earned a Masters Degree in Education. After 7 years in Lincoln, he was hired by the Regional Office of Education relocating to Kansas City MO. After 7 fulfilling years in Kansas City, he moved on to the Federal Dept. of Education and a new move to Washington DC. After 17 years in DC, it was time to retire and a move to Franklin TN. Les and Mary Ann’s church home became St. Philips catholic church where they developed wonderful friendships that continue today.

Les was “retired” but continued work and volunteer, driving a courier route for Crye-Like Realty for over 20 years and volunteering for Meals On Wheels delivering meals to the elderly. As we all know Les never met a stranger. He loved to “visit”!!! If God needed another “Disciple”, he got #13 on Dec. 7th 2021. In Loving Memory of Les Thompson.

The family will receive friends from 12:00 PM – 1:00 PM on Wednesday, December 15, 2021, at St. Philip Catholic Church where a funeral Mass will be held at 1:00 PM with Father Ed officiating. Reception to follow Mass. Private inurnment will take place in Middle Tennessee Veterans Cemetery at a later date

Expressions of sympathy may take the form of donations to Wounded Warrior Project, in loving memory of Leslie Louis Thompson.

Please click here to view the video tribute
To order memorial trees or send flowers to the family in memory of Leslie Thompson, please visit our flower store.