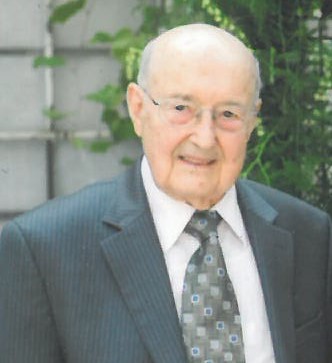 Lloyd Eugene Royse, age 93, passed away on February 4, 2022, after a long battle with cancer. He was born in Harrison County, Indiana, the son of Austin M Royse and Addie Parker Marshall Royse. Lloyd had five brothers (Norvel, Albert, Paul, Austin, and Clifford) and four sisters (Irene, Beulah, Virginia and Pauline). He graduated from McClain High School in Greenfield Ohio in 1946. After graduation, he served two years in the Navy aboard the Aircraft Carrier USS Kearsarge. In 1948 he enrolled in college and graduated from Purdue University in 1952 with a degree in Electrical Engineering. In 1952 he went to work for AT&T and met his wife Glena Higginbotham Royse while working in Nashville. They were married on March 12, 1955, in Spring Hill and had two sons; Thomas Lloyd Royse and Robert Daniel Royse. Lloyd retired from AT&T in 1985 as a District Engineer and moved to Franklin, Tennessee. He was a faithful member of the Church of Christ and served as an Elder for 32 years. He is survived by his brother Clifford Royse, of Greenfield, Ohio. He was a devoted brother, husband, father, grandfather of seven and great-grandfather of eight. Lloyd passed away one day after the death of his beloved wife and will be missed by all who knew and loved him. A funeral service is scheduled for Saturday, February 12 at Spring Hill Memorial Park at 5239 Main Street in Spring Hill, Tennessee.

To order memorial trees or send flowers to the family in memory of Lloyd Royse, please visit our flower store.