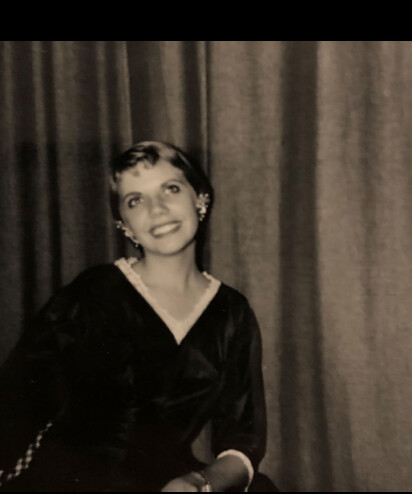 Evelyn was born in Columbia, Tennessee to Julia Augusta Jenrette and Rufus Malcolm Jenrette on July 17, 1938.  She graduated from West High School in Nashville and went on to attend the University of Miami.  She married Jack B. Page on July 4, 1958, in Nashville, Tennessee.  She was a woman of faith, actively involved in The Cathedral of the Incarnation.  She was a passionate Notre Dame University football fan along with Jack.  They traveled to football games across the country over many years.  She and Jack were also passionate for world travel, taking many trips to Africa, Asia, Europe, and South America.  Other activities she greatly enjoyed were cooking, reading, and spending time with family and friends

Evelyn is preceded in death by her husband Jack, and parents R.M. and Julia

The family wishes to extend our sincere thanks to Aveanna Hospice, and Lisa; Williamson County Medical Center staff in particular Shari, Greg Rumburg, Shiloh; and Father Rhodes Bolster for their excellent care and prayers the end of her life, and for their unwavering support of her grieving family.

In lieu of flowers, the family wishes that donations be made to the ASPCA.

Please click here to view the video tribute
To order memorial trees or send flowers to the family in memory of Mae Evelyn Page, please visit our flower store.