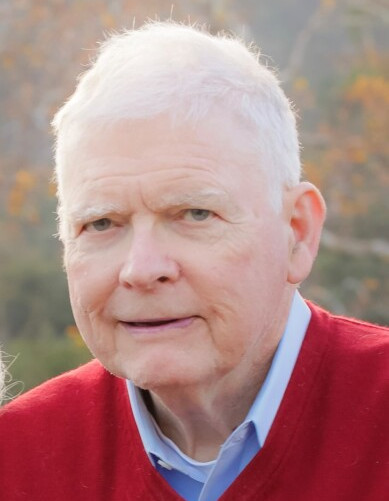 Michael John Harbers, age 82 of Franklin, TN, passed away November 16, 2022. Mike was a loving husband, father, and grandfather. Mike grew up in Pasadena, CA. He graduated with a degree in English from Carleton College in Northfield, MN and then became a Supply Corps Officer in the United States Navy. Following his stint in the Navy, he went to Stanford University School of Law. He then practiced law at O’Melveny and Myers LLP; International Multifoods Corp.; Genesco, Inc.; and Boult, Cummings, Connors & Berry LLP.

In his free time, Mike could always be found with a book—and later a Kindle—in hand. He particularly loved science fiction, thrillers, and mysteries and was known to pull out a book to read at stoplights. Mike was also an avid outdoorsman, enjoying camping, hiking, tennis, and downhill skiing throughout most of his life. He was a lifelong supporter of the Boy Scouts of America, becoming an Eagle Scout as a boy and then helping mentor countless younger scouts, including his son, Greg, as they worked to achieve Eagle status. In addition, Mike enjoyed working with his hands, as he fixed projects around the house, built furniture, and crafted toy boxes for his grandchildren. He also loved listening to classic country, folk, and classical music—frequently at high volume for the full effect—and singing tenor in the choir. In retirement, playing duplicate bridge with Peggy occupied much of his time. Finally, Mike was an animal lover who always had a dog, cat, or smaller creature by his side. In recent years, Nylah was his faithful companion.

In addition to his parents, Henry C. Harbers, Sr. and Berniece Harbers, he is preceded in death by his brothers, Jeffrey Harbers and Peter Harbers. Mike is survived by his wife of 60 years, Peggy; daughters, Katrina Harbers and Kirsten Harbers; son, Greg Harbers; grandchildren, Evan White, Abby White, Elaina White, Jason Kreinberg, Tim Kreinberg, and Julia Kreinberg; brother, Hank Harbers, Jr.; and sister, Judy Harper. A private memorial service will be held at a later date. Memorials in honor of Mike may be made to: Boy Scouts of America, Middle Tennessee Council, https://www.mtcbsa.org/ or a charity of choice.

To order memorial trees or send flowers to the family in memory of Michael Harbers, please visit our flower store.