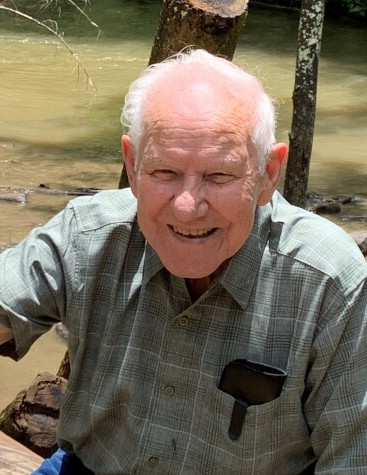 Raymond Earl Buchanan, age 86 of Nashville, TN passed away May 6, 2022. He was born in Cuba Landing, TN to the late Charlie and Annie Buchanan.  He proudly served in the military from 1958 to 1960 and received his GED while in service.  He attended Bethlehem United Methodist Church for several years.  He worked in the lumber industry throughout his career for Old Hickory Box and Lumber and International Paper.

After retirement, Raymond enjoyed traveling the world with his wife, Mary Jane.  Some of the countries they explored were China, Japan, Australia, Mexico, the Caribbean, Norway, Switzerland, Austria, England, France, Germany, Italy, Portugal, and several countries in Central and South America.  He had several life-long passions including country music (especially bluegrass), stock car racing, and being outdoors in nature.  He loved to take long drives, particularly in the hills of Tennessee.

Memorials may be made to:

To order memorial trees or send flowers to the family in memory of Raymond Buchanan, please visit our flower store.