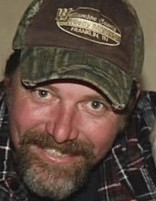 Rickey Clayton Rogers age 46 of Franklin, Tennessee passed away Sunday, November 29, 2022. Rickey was a graduate of Franklin High School. He spent majority of his life in Franklin, TN. Rickey was a very hard-working man from a young age. He spent his early adulthood all the way up until his passing working in concrete and construction. He also recently started a new job at G.H. Reed construction in Manchester, Tennessee, where he spent the last year or so with his brother and sister-in-law. Rickey was a very big soccer fan as well as a soccer player and played all of his childhood. In teenage life. Rickey was a very dedicated family man and would do anything for his family especially his daughters.

To order memorial trees or send flowers to the family in memory of Rickey Rogers, please visit our flower store.