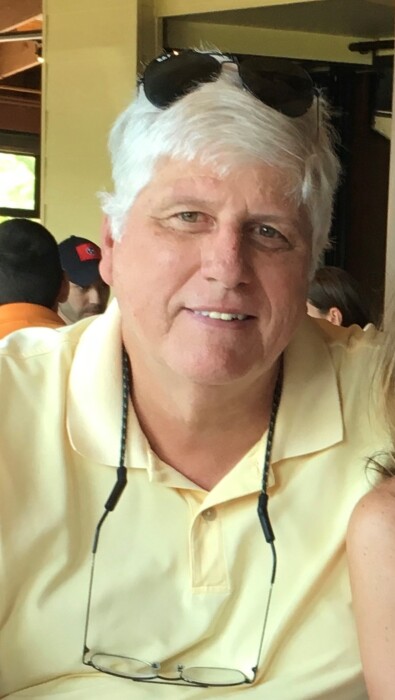 Bob was born and raised in Pittsburgh, PA.  The youngest of three, brother Jeffrey Austin Peck and sister Linda Wells Cupach.  He attended St. Thomas Moore and South Hills Catholic High School.  He was an avid basketball player, playing all four years and football his freshman and sophomore years.  He went on to college attending University of North Carolina.  He then transferred his sophomore year to Bethany College in WV to participate in their basketball program.  He played collegiate basketball while at Bethany.  After graduation he became a Marine Corp officer, serving in Marine Corps Air Station Kaneohe Bay, Hawaii.  After his military service, he then began his career as a sales manager in the food industry.  His sales career took him to Memphis, TN, Birmingham, AL, Houston, TX, Jacksonville, FL, back to Birmingham, and a final move to Nashville, TN.  When work and travel allowed, his second passion after his family was golf.  Bob would play as much golf as he could squeeze into a weekend.  Splitting that love of golf with his family, grilling in the backyard or playing basketball in the driveway.  He could often be found in the backyard hitting golf balls for his beloved golden retriever Hunter to fetch from the woods.

In his later years he spent much of his time reading his favorite author David Baldacci or any other suspense novel.  He loved spending time with his two grown children and his grandchildren, who affectionately referred to him as "Pop Pop".

-Bob was a loving husband and father.  He will be greatly missed and lovingly remembered.

To order memorial trees or send flowers to the family in memory of Robert Peck, please visit our flower store.