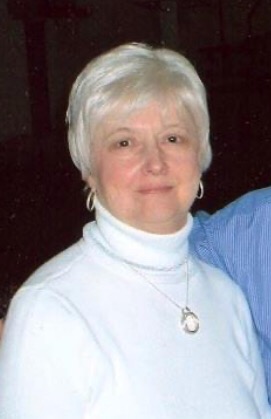 Ruth Elizabeth “Bette” Jones was born to Granville Hunter Kee and Ruth Agnes Dew Kee on May 10, 1940. She was raised in Milan, TN, where she graduated from Milan High in 1958. She was a member of Berry's Chapel Church of Christ since she moved to Franklin in 1969 and served as pre-school teacher from 1974-1991. Bette loved antiquing, gardening, and spending time with her family and friends. Bette attended Memphis State and transferred to West Tennessee Business College where she graduated in 1960 and worked as a stenographer for the Tennessee Welfare Department. In addition to her parents, Bette was preceded in death by her sister Norma Jean Harber. She is survived by her husband of 60 years, Robert “Bob” Jones, daughter Susan Elizabeth Jones, and sons Rob Jones, Jr, (Nicole) and John Andrew “Andy” Jones (Beth). A funeral service will be conducted at 11:00 am Wednesday, April 6, 2022, at Williamson Memorial Funeral home with Ron Gambill officiating. Visitation will be one hour prior to service. In lieu of flowers, Memorials may be given to Berry's Chapel Preschool or the American Cancer Society. WILLIAMSON MEMORIAL FUNERAL HOME 615-794-2289 www.williamsonmemorial.com

To order memorial trees or send flowers to the family in memory of Ruth Jones, please visit our flower store.