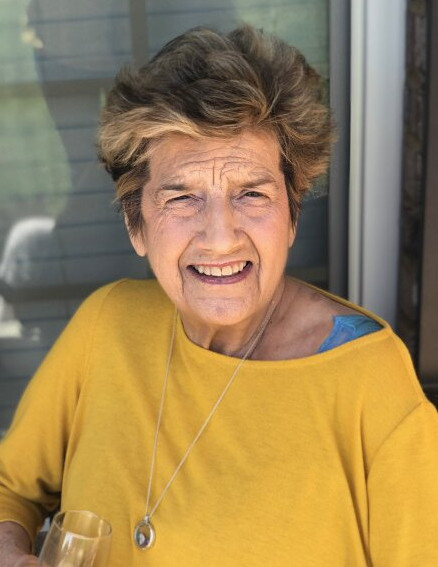 Sandra Lee Tripp age 79 formerly of Franklin, TN, passed away November 25, 2022, surrounded by her family at her home in Murfreesboro.

Sandy retired in 2014 from WireMasters, Inc. Prior to joining WireMasters, she worked for more than 15 years at Pelikan. Best known as “Grammy”, Sandy was most importantly a wife, mother, grandmother, and great-grandmother.

She was a firecracker and spoke her mind often. Grammy was well known for her giving heart, sassy personality, facial expressions, and always finding the humor in any situation. She had the ability to push her family to be better and never took “no” for an answer. She offered an abundance of love and honesty to all those who knew her. She was a woman of faith and remained consistent and steady regardless of the circumstance. Her family could always count on her to be their biggest cheerleader. Her laugh was contagious, and the sound of her laugh will never grow faint in her family’s memories.

Often Grammy would talk about “my 3 sons” and how incredibly proud she was of the 3 men she raised. They were her pride and joy. She spoke highly of her grandchildren and was always eager to know the details of their lives. The qualities Grammy possessed are unmatched and her love outweighed everything; a love that reflected Jesus well.

Grammy’s legacy will live on with family jokes, her favorite songs, candles in the windows, crazy socks, karaoke, and a family that was made better because of her.  Sandy Tripp was truly a happy camper.

In lieu of flowers, memorials may be made to St. Jude’s Children’s Research Hospital or the National Kidney Foundation. A service will be held at a later date at WILLIAMSON MEMORIAL FUNERAL HOME & CREMATION SERVICES, 615-794-2289. www.williamsonmemorial.com

To order memorial trees or send flowers to the family in memory of Sandra Tripp, please visit our flower store.