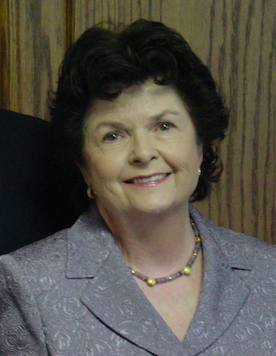 Sarah Katherine (Kathy) Hawthorne, 87, passed away August 11, 2022, in Franklin, Tennessee. A visitation will be held at Waco Memorial Park Mausoleum Chapel, 6623 S Interstate 35, Waco, Texas. The family will be greeting friends and relatives at 12:00 PM on Saturday, August 27, 2022. A graveside Service of Witness to the Resurrection and Burial will follow at Oakwood Cemetery at 2:00 P.M.

She was born October 17, 1934, in Waco, Texas to Albert and Lillian (Blakeney) Johnston. Kathy grew up in Waco and graduated from Waco High School in 1952. After high school, she attended college at Baylor University in Waco, where she was a member of Kappa Alpha Theta sorority, and where she received a BA degree in Education. After graduation, she worked as a second-grade teacher before her marriage.

Kathy married James (Jim) McCollum Hawthorne, in 1957, in Waco and they were happily married for fifty-six years, until he predeceased her in 2014. Though they made their home in five different states, the constants in their life together were their faith in God, their children, membership and participation in their church homes and their children’s ministries, support for both foster and adoptive children, and a deep concern for sharing the gospel of Jesus Christ with all children.

Kathy was preceded in death by her parents, Albert and Lillian Johnston, her husband, Jim Hawthorne, and their daughter, Sarah Hawthorne.

Condolences may be left on Kathy’s online guest book at www.wacofhmp.com

To order memorial trees or send flowers to the family in memory of Sarah Hawthorne, please visit our flower store.