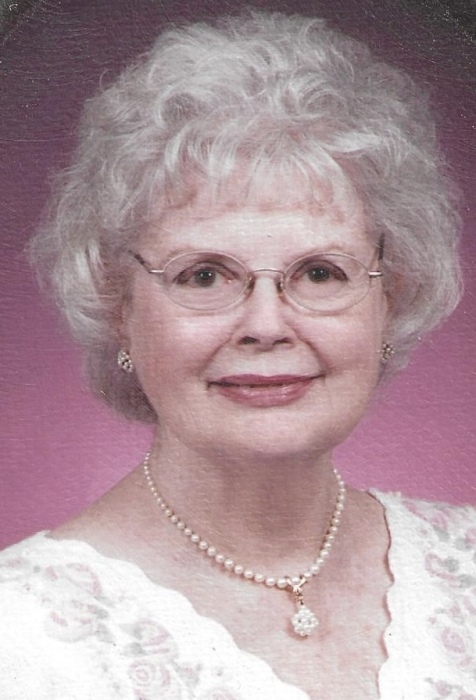 Shirley Ann " Shan" Cook, was born Shirley Ann Lauzier on November 13, 1922 in Culver City, California, the only child of Ernest William Lauzier and Lucile Broxon Lauzier. She grew up in Los Angeles, spending her happiest days with her Broxon cousins in Monrovia, California.

In 1943, Shan met Lt. Bertram E. "Bert" Cook, USMC, at the USO in Los Angeles. After a wartime romance that included Bert's daredevil flying of a small military plane outside the window of the high rise building in Los Angeles where Shan worked, they were married on August 31, 1944. Their marriage was to last 72 years until Bert's death in 2016. Due to Bert's military career, they had traveled the breadth of the U.S., having lived in several states and Hawaii before its statehood.

Besides being immersed in the social and charitable life of a military officer's wife, Shan was the loving mother of three children. She enjoyed sewing and reading and spending time with grandchildren and great-grandchildren. She loved going out to eat and, after moving to Tennessee, watching the seasons change.

Celebration of Life service will be held 2:00PM Friday, December 17, 2021 with visitation one hour prior to the service at Williamson Memorial Funeral Home. Memorials may be made to the Wounded Warrior Project.

To view the service live, please visit the link below.

To order memorial trees or send flowers to the family in memory of Shirley Cook, please visit our flower store.