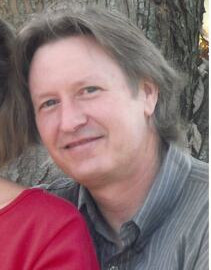 Stephen was born in Chicago, IL to Frank J. and Marian (Koestner) Lewis on May 1st, 1954.  He went to school at Chaminade in Hollywood, FL).  He married Cynthia McCormac on May 11th, 1991, in Little Rock, AR. After spending a year at Tulane, he received his BS in Business from Florida State University, 1976, and his MBA from McCombs School of Business, University of Texas at Austin, 1980. He worked as a controller for Alcoa in Little Rock, AR and Sidney, OH for 16 years. He also worked for Perdue and Waste Management.   Steve was a Catholic and attended St. Phillips in Franklin.  He volunteered at Graceworks in Franklin. He was a baseball player in his youth, but singles tennis was his love. Steve was avid tennis player. He played 7 days a week for many years. He played indoor and outdoor singles in several leagues, including the Little Rock Country Club, & Burns Park, NLR, AR, Williamson County Parks & Recreation, Williamson County Tennis Association, MTITL, and won several tournaments in his age groups. He loved professional tennis, the NFL and the Texas Longhorns. Steve enjoyed listening to music and playing guitar. He loved attending concerts and sporting events. Steve was always happy and positive, and loved racing with his nieces and nephews in his pool. Since he was a fierce competitor, he never let them win!  He held many loving memories of his family in Michigan, spending time on Gull Lake, and playing paddleball with his best friend Charlie Maranto in Hollywood, FL.  Steve especially loved his 7 dogs and 4 cats over the years, all rescue animals.  He was devastated by the recent loss of one of his greatest friends and supporters, his “2nd Mom,” Carrol McCormac, of Clinton, AR.

Stephen is preceded in death by his parents.

Memorial services will be held at a later date. Steve will be interred at Huie Hunter Hill Cemetery, Clinton, AR).

Memorials may be given to any animal rescue organization, St. Phillips, or a charity of your choice.

To order memorial trees or send flowers to the family in memory of Stephen Lewis, please visit our flower store.