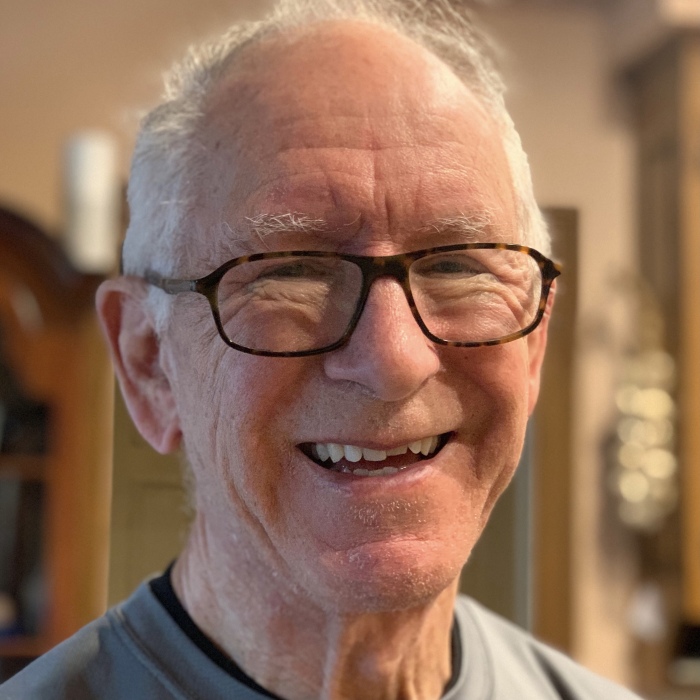 It is with deep sadness and much love that we mourn the Friday, March 18 passing of William Roger Borchers, originally from Ft. Loramie, Ohio.
Surrounded by loving family and friends, Roger passed away peacefully at home after a yearlong, courageous battle with a glioblastoma tumor.

Roger was born on July 16, 1943 in Fort Loramie, Ohio to the late William H. and Esther (Bauer) Borchers. He is survived by his loving wife of 55 years, Ellen (Eilerman) Borchers, his children, Michelle (Rich) Buethe, Nikki (Erik) Boye, and Todd (Melissa) Borchers. He will be forever missed by his grandchildren Kaitlyn (Caleb) Lockhart, John and Nicholas Buethe; Ian, Logan, and Ellie Boye; Sean and Sadie Borchers. Roger also leaves behind his brother, Dave (Kathy) Borchers and sister, Marily (Ed) Schweitzer. He is preceded in death by his brother, John “Jack” Borchers in 1987.

Roger graduated from Fort Loramie High School in 1961. He earned a Bachelor’s degree and a Master’s degree in Business Administration from the University of Dayton. Roger began a career as an accountant at National Cash Register in Dayton, Ohio. He then went on to specialize in healthcare finance, working at Children's Medical Center and Good Samaritan Hospital in Dayton, Ohio. In 1980, he moved his family to Pueblo, CO where he served as Chief Financial Officer at Saint. Mary Corwin Hospital. In 1991, he pursued an opportunity with Quorum Health Resources in Franklin, TN. He ended his career in 2015, retiring from the Tennessee Department of Labor and Workforce Development.

Roger was a member of Saint Philip Catholic Church in Franklin TN, where he served on the Family Life Committee. He enjoyed being active; skiing, tennis, pickleball, and Tai Chi were among his favorites. Roger served as a board member and treasurer of the Charlton Green Homeowners Association.  Roger and Ellen volunteered for the Nashville Symphony and Tennessee Performing Arts Center for fifteen years. Roger had a passion for travel, which led him and Ellen to visit over one hundred countries.

In lieu of flowers, memorial donations may be made in W. Roger Borchers’ name to the Vanderbilt-Ingram Cancer Center or Saint Philip Catholic Church.

The family would like to thank the wonderful physicians, nurses, and staff of Vanderbilt University Medical Center, in addition to the caregivers of Alive Hospice and Touching Hearts at Home. A special thank you to the supportive neighbors of Charlton Green and the caring congregation of Saint Philip Catholic Church.

To order memorial trees or send flowers to the family in memory of William Borchers, please visit our flower store.