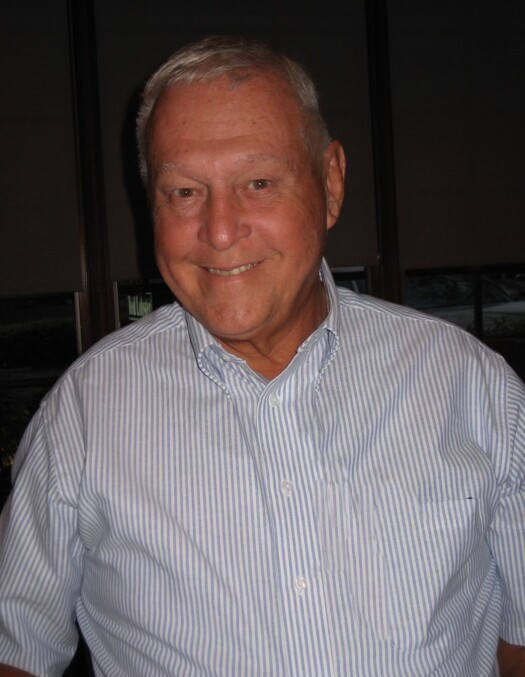 William Allen “Bill” Gillett passed away on January 15, 2023 peacefully at home surrounded by his family. He is survived by his wife of 59 years, Elizabeth Parks “Betty” Gillett, his daughters Elizabeth (Kent) Sweatt, Jennifer Gillett and Emily (Danny) Rosen and his grandchildren Jackson (Madeline) Sweatt, Caroline Sweatt and Grey Rosen. Bill was born on April 23, 1937 in Knoxville, TN to the late Logan & Josephine Gillett. He grew up in Norris, TN and was a lifelong accomplished athlete being named All City and All State in both Football and Basketball. He attended the University of Florida on a football scholarship and graduated from East Tennessee State University on a basketball scholarship. After college, Bill moved to Nashville to work for Equitable Securities. While in Nashville, he met Betty and they married on August 3, 1963 in Obion, TN. Bill & Betty moved to Union City where they lived and raised their family. Professionally, Bill was a CPA who worked at Old & Third National Bank and later at Gibson County Electric. He served as a Deacon and Elder at Exchange Street Church of Christ. Active in the tennis community, he also served as a coach and supporter of Union City Athletics and the Band Program. Bill & Betty enjoyed their retirement years in Naples, FL and Franklin, TN. Above all Bill was a loyal son, husband, father and friend. His nature was calm and steady and he served as a grounding influence for those who knew him. He lived a life of great integrity accordingly. A private graveside service will be held at Rose Hill Cemetery. Visitation will be held at Otter Creek Church of Christ in Brentwood TN on January 29th from 2-4pm. In lieu of flowers, memorial donations can be made to The Obion County Library at 1221 E Reelfoot Ave. Union City, TN 38261 or the ministry of your choice.

To order memorial trees or send flowers to the family in memory of William "Bill" Gillett, please visit our flower store.