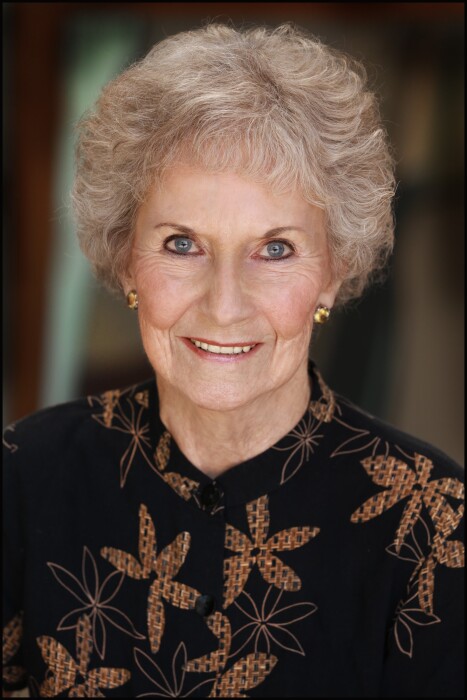 Winona Elaine Helms, an ordained Foursquare minister and the wife of former Foursquare Interim President Harold Helms, went to be with the Lord on Wednesday, October 26, 2022. She was 94 years old. A valued partner of Harold’s who spent more than 50 years in ministry, Winona was a talented musician, teacher and co-pastor. Born on February 1, 1928, Winona accepted Jesus as her Savior at the age of 8 in Spokane, Washington. She received the baptism with the Holy Spirit the same year. After high school, she attended L.I.F.E. Bible College (now called Life Pacific University). She graduated in February 1949 and received her Foursquare credential that June. The couple married in 1947, and during their years together had four children, eight grandchildren and 12 great-grandchildren. After graduating from L.I.F.E., their first pastorate was in Lexington, North Carolina. After five years in that state, they moved to Roanoke, Virginia, and pastored there for nine years. In 1965, Harold became dean of students at Ohio’s Mount Vernon Bible College, the predecessor to L.I.F.E. Bible College East. He served for a decade in that role, while Winona mentored students and played the organ at the campus church. Through the years, she also taught music. When her husband accepted a call to pastor in Decatur, Illinois, Winona assisted him in the church and with operations at a Christian TV station which they started. After Harold was called to serve at Angelus Temple in Los Angeles, Winona served as worship leader there, which from 1981 to 1998 recorded more than 39,000 decisions for Christ, approximately 6,600 water baptisms and some 3,800 Holy Spirit baptisms. The congregation also gave $4.7 million to missions during the couple’s 18-year-long tenure. Harold, who passed away June 22, 2022, retired from the church in February 1999. Although originally settling in Bakersfield, California, Harold and Winona later relocated to Franklin, Tennessee, to be close to their daughter, Mel. Sterling Brackett, Foursquare’s former COO and corporate secretary, fondly remembers the couple for their love, laughter and the high value they placed on people. “She and Harold were incredible,” Sterling shares. “I loved hearing her play the organ when we were in Bible college. She loved everybody and was very, very friendly. The Helms had the unique ability to see the ‘funny side’ in any situation. They are both missed.”

Memorial service details will be added as they become available.

To order memorial trees or send flowers to the family in memory of Winona Helms, please visit our flower store.