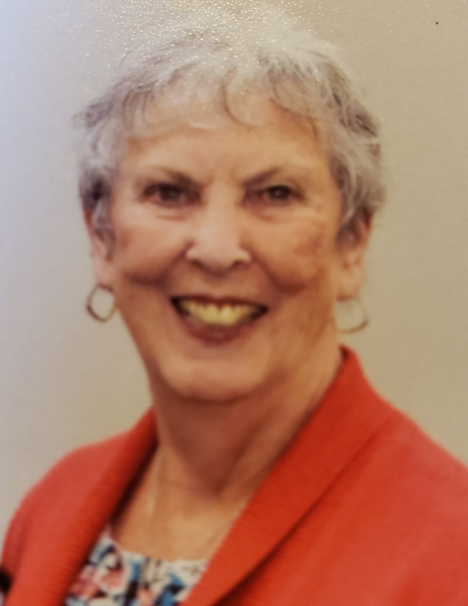 She was born in Seattle, WA to the late Parascho & Nadine Collaras. Zif graduated from high school in West Seattle, WA and then spent a few years in California, where she met and married the father of her two daughters. A sense of adventure and determination led to opportunities which took her to Kodiak, Alaska where Diana was born and then on to El Paso, Texas, where Karen was born.

While raising a family, she also decided to further her education. She attained a Bachelor of Arts and went on to teach High School English for 27 years at Anderson High School in Austin, Texas. While teaching, she also earned a Masters Degree, which allowed her to work as a school administrator the last few years of her career. She always valued and promoted public education, and saw her role in it as a lifelong and important calling. She often remarked that one day, if not in her lifetime, it was her fondest hope that public education would be truly equal for everyone and available to anyone who wished to learn, including free university education for all.

She met and married the love of her life James (Jim) “Red” Berry in November, 1973. Together she and Jim had a beautiful, joyful life. For many years, they explored the world, by car, RV, planes, trains, cruise ships, and sometimes on a motorcycle,  even riding shotgun in a side-car for a time.  She loved the ocean best but loved the mountains in Colorado as well. She traveled extensively throughout the US and Europe and often reflected on her trip to Paris as a particular favorite. She loved cruising, especially with her sisters. She cherished the memories of eating fish and chips at Spuds on Puget Sound, visiting Washington D.C.s many Smithsonian Buildings,  standing in awe of Niagara Falls and the beautiful Rocky Mountains. It must also be said that no one loved visiting caves, zoos, (especially the giraffes), or the LBJ Library more than Zif!

After Jim’s passing, Zif moved to Nashville, TN to live with her youngest daughter, Karen, and her children and eventually ended up living independently in Franklin, TN where she met and enjoyed many new friends. She enjoyed card games, dominoes, Tai Chi, Chair yoga, craft classes and outings with friends. She enjoyed her outings to the symphony, Cheekwood Botanical Gardens, movies, theater, country music events, and the annual outing to see the holiday decorations at the Governor’s Mansion. Zif was also a HUGE football fan, especially the Dallas Cowboys, the Tennessee Titans, the Seattle Seahawks, the Texas Longhorns, and The Texas A&M Aggies. She even traveled to Dallas for her 80th birthday to watch the Cowboys play! She also played a mean game of Scrabble.

She was strong, independent, opinionated, and a vocal advocate for the less fortunate, animals and people alike. She will be missed by all who knew her and cherished forever in the hearts of those who knew and loved her.

She is preceded in death by her adoring husband, James (Jim) Berry and by her beloved grandson, Jacob Alexander Griffin.

A Celebration of Life will be held at “Everleigh” in Franklin in the 3rd Floor Sky Lounge located at 222 Mallory Station Rd. Franklin, TN 37067,

In lieu of flowers, the family requests that any remembrances be made as donations in Zerifia’s name to “Friends of Williamson County Animal Center” OR opentablenashville.org, These two organizations assist the innocent, the vulnerable, and those in need, both of the 2 and 4 legged varieties, both of which were dear and important to Zerifia.

To order memorial trees or send flowers to the family in memory of Zerifia "Zif" Berry, please visit our flower store.